Michael Moorcock Covers From My Youth

My friends and I didn't read Robert E Howard, we didn't read Terry Brooks (other than that first Tolkien pastiche). A lot of us read Tolkien, but not everyone. Michael Moorcock, though, we all read. I think my friend Karl H. told me about Stormbringer first, before I picked up anything by Moorcock.I'm pretty sure he repeated the sword Stormbringer's line to the dead Elric. For him at fourteen or so, it was the epitome of wicked coolness. When I discovered the Lancer copies of The Dreaming City and The Sleeping Sorceress in my dad's vast attic book collection, I was hooked. Gilded battle barges, dragon attacks, demon patrons, and the unholy black sword in the hands of an albino wizard were like nothing else I'd read yet. My dad also had the DAW Dorian Hawkmoon books which were just as mindblowing in their own ways. He also had the first set of Corum books which were even better.

Over the next few years, I plowed through all the core Eternal Champion books. It was the same thing for most of my friends. I remember my buddy Alex R. getting all excited when he discovered (the first person among us) the Count Brass books.

I'm going to discover how well Stormbringer holds up for a post-middle-age man, but I know it was perfect for a teenager. Elric is all aggrieved moodiness, rebelliousness, and hopelessly romantic - and Romantic.

The book covers I'm showing below were all books I read multiple times before I finished high school. I've probably read the Corum books the most, finding their Celtic-inspired setting particularly appealing , but even with those, it's been some time since I've read them. The only Moorcock book I've read in recent years was The Eternal Champion. I reviewed it all the way back in 2014 at Black Gate and was left underwhelmed. Nonetheless, I have big hopes for Stormbringer. I'm only a little bit in, and already I feel fourteen again in the best possible way. 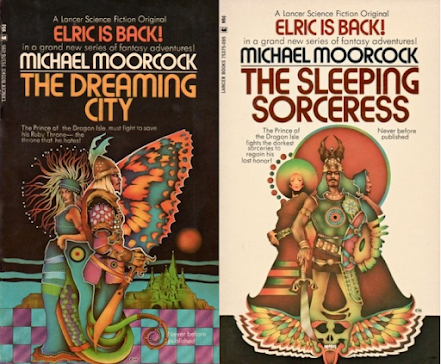 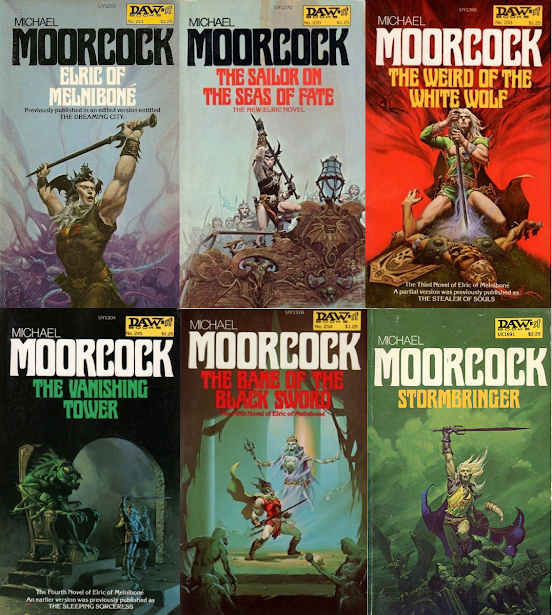 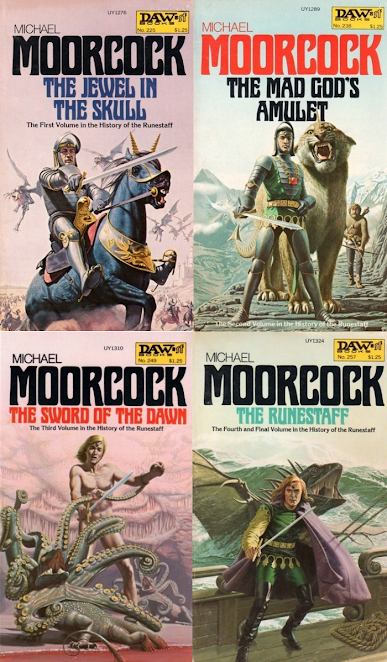 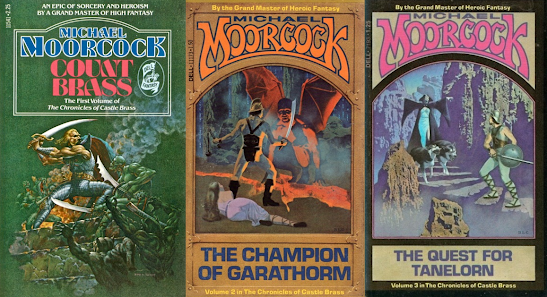 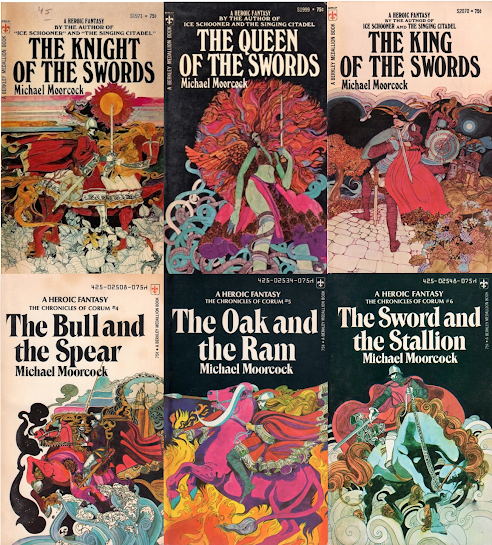