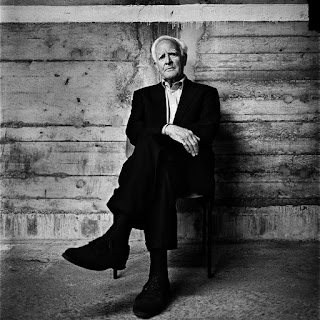 David Cornwell, aka John le Carré, died yesterday at the age of 89. He started in British intelligence, became a part-time novelist, was exposed to the Soviets by the arch-traitor Kim Philby, had to resign and then went on to become one of the great English novelists of the 20th century.

Of his twenty-five novels, I've only read seven- though six of them three times or more. I haven't read any of his post-Cold War books (except the belated and okayish late Smiley book, A Legacy of Spies. He seemed to have become so reflexively anti-American - which I always suspected as having sprung from a chauvinistic belief that we didn't do empire, as well as England, had, more than any real distaste for our overseas adventurism - that I gave up on him. As I've gotten older I've become more able to separate an artist from his politics, or at least enough to give his work the chance to stand on its own. I've also become more appreciative of many artist's later works. There can be a richness of character and depth that's only achievable after a lifetime of writing. So, I've been planning to rectify the situation. I've seen some great films have been made from several later works - The Night Manager, Our Kind of Traitor, and A Most Wanted Man - and I can only imagine how good the books are. (In fact, just last night I bought Our Kind of Traitor and I'm already well into it. It is very good.) PS: I just finished it and it is beautifully written, insightful into what might inspire somewhat to take great risks, and more cynical and brutal than any of his other works I've read) 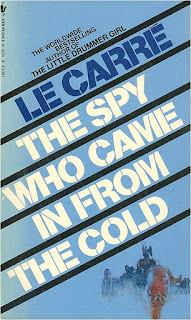 I first read The Spy Who Came in from the Cold in 1986 in a class on Post-1945 European history. The professor, Myrna Chase, handed out a sheet the first day with a historical topic and a pertinent novel from that era. For the former, I chose De Gaulle opposing the UK's joining the Common Market. It was interesting but dry. For the novel, I chose The Spy Who Came in from the Cold by John le Carré. I had seen the two mini-series with Alec Guiness, Tinker, Tailor, Soldier, Spy (1979) and Smiley's People (1982), both based on le Carré books when they aired, but I really didn't follow them. I just knew le Carré wrote spy stories. What I didn't know was exactly what kind of spy stories.

I was raised watching the James Bond movies, and while I knew real espionage was nothing like it, I still imagined there were romantic aspects to it. The Spy Who Came in from the Cold, le Carré's third novel and first major success, disabused me of any of that. By then it was known le Carré had been some sort of spy - to this day it's unclear what he actually did - and brought a personal knowledge of what went on on the secret battlefields of the Cold War. Spy is about a mission to discredit an East German intelligence officer by convincing his superiors he's a double agent for the British. What arises from that scheme is a series of betrayals and brutal double-crosses. There's little action, idealists are lambs for the slaughter, and no one is trustworthy. It was the most cynical book I'd read up until that time and it gave me a new perspective on the Cold War, or at least an added one. Had unconscionable things been done over the course of the Cold War by the West? If so, had they had any true value in the conflict? It's also a great thriller and the protagonist, Alec Leamas, is one of the great tragic heroes of 20th-century literature. Noted spy aficionado Graham Greene called it the best spy novel he'd ever read and six decades later it remains a powerful indictment of spying and people who direct and carry it out. When le Carré wrote one last book about his most well-known character, George Smiley, he was also drawn back to Alec Leamas and his mission to East Germany. That return to the beginning, A Legacy of Spies, adds great depth to Leamas, Smiley, and Peter Guillam, even if it ends with a paean to the European Union. 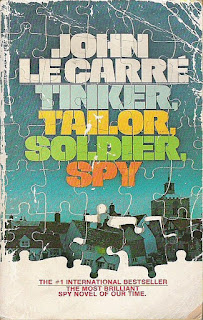 Almost as soon as I had finished The Spy Who Came in from the Cold I picked up the Karla Trilogy: Tinker, Tailor, Soldier, Spy (1974), The Honourable Schoolboy (1977), and Smiley's People (1979). Together, they tell the complex and complicated story of George Smiley's uncovering of a mole in the British intelligence - colloquially called the Circus - and his efforts to thwart the head of Soviet intelligence, a brilliant operator is known by the code name Karla. It's as a great a sustained work of worldbuilding as the Lord of the Rings. At some point, words le Carre' created to describe elements of spycraft, such as a mole to describe a double agent or scalphunters, the field agents who do the real dirty work,  were actually taken up by the real espionage business. It's a dense, believable maze of bureaucratese and double-dealing peopled with con-artists, various species of ladder-climbers, and a few honest players.

These books are also where le Carre's best-known character really comes to the fore: George Smiley. He was conceived of as the anti-Bond - intellectual and definitely not given to feats of action and derring-do. He was short and dumpy and forever cuckolded, not an amoral killer and cocksman. Here he is described in Tinker, Tailor:

Small, podgy, and at best middle-aged, he was by appearance one of London’s meek who do not inherit the earth. His legs were short, his gait anything but agile, his dress costly, ill-fitting, and extremely wet. His overcoat, which had a hint of widowhood about it, was of that black loose weave which is designed to retain moisture. Either the sleeves were too long or his arms were too short, for, as with Roach, when he wore his mackintosh, the cuffs all but concealed the fingers.

He isn't dashing, but he is brilliant at digging out people's motives and making the connections between various events and actors. He possesses a highly honed talent for manipulation, though only in his work. Commenting on Smiley's wayward wife, someone tells him if he'd run her as an agent things might have gone better for the couple. His first two appearances, in Call for the Dead (1961) and then A Murder of Quality (1962), see Smiley operating like a classic English detective. It is in his role as right-hand man of Control, head of the Circus, running Alec Leamas in Spy that we get to see Smiley as operator and manipulator of men. He performs a similar function in The Looking Glass War (1965) (which I haven't read).  In the Karla Trilogy, he is the spy as hunter and plotter extraordinaire.

What makes the trilogy important is how it plumbs the depths of disguise and betrayal as ways of life and the costs of taking up the same tools as the Soviets in order to fight them. Along the way, there's a thorough examination of England's place as a worn-out, long-past-its-day empire struggling to maintain a place at the great nations' table by selling out to America. As one character in Tinker, Tailor puts it:

“Poor loves. Trained to Empire, trained to rule the waves. All gone. All taken away. Bye-bye, world. You’re the last, George, you and Bill. And filthy Percy a bit.” 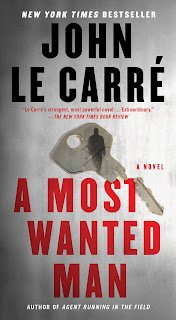 The generation le Carre' was writing about, born during or just after WWI thought they'd be the masters of the world's greatest empire but instead had to navigate its decline and fall. As I noted above, I haven't read his more recent novels, but it seems that what he saw as the obsequious sidling up to America by the Tony Blair government during the Iraq War and the loss of any remaining British moral authority is a major focus in much of his later work. In those books in the absence of Soviet spies, there are international arms dealers, pharmaceutical companies, and, ultimately spies again with the rise of Islamic terrorism and the endless wars in Asia.

I thought I had more to write at this time, but I don't. The world has lost a great writer  - not just as a chronicler of the duplicitous times we've lived in since WWII - but as someone who has delved deeply into how we lie to ourselves and others, as well as the costs of abandoning our ideals. Using the form of the espionage story, le Carre' wrote some of the best and most important novels about the corrupting power of ideology, power, and wealth. If uncertain of where to start, do so where I did, with The Spy Who Came in from the Cold. Note: Spy was also turned into a movie starring Richard Burton and directed by Martin Ritt. It is bleak and savage and one of the best movies of the Cold War.