I finished off Joe Hill's very good NOS4A2.  With its jaunts across unreal landscapes and an unnatural automobile, there's more than a hint (not unwelcome) of some of his father Stephen King's stories.  While not especially scary, and admittedly I find few spook-stories scary, it's chock full of unsettling moments and characters.
Unfortunately, reading some reviews, I found out there's a extra ending buried in the "About the Typeface" section.  Amazon saw fit to leave that out of the kindle edition and it pisses me off.  It also means I have to "stir my sticks" and go read it in Barnes & Noble.
I'm still working through John Fultz's Revelations of Zang.  It has the same extravagant world building of Seven Princes.  I'm about a third of the way through and it's lots of fun.
One of the most insidious things about Amazon are the recommendations it makes based on the books you've bought already.  Once I bought Black Pulp a few weeks ago, all sorts of cool pulp stuff's popped up at the bottom of my Kindle Fire. 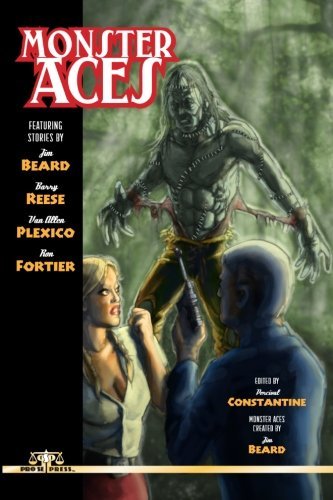 So I bought this just because it sounded cool.  Except for Fortier, I've never even heard of any of the authors.  Still, I figured, how much of chance can it be to buy it? 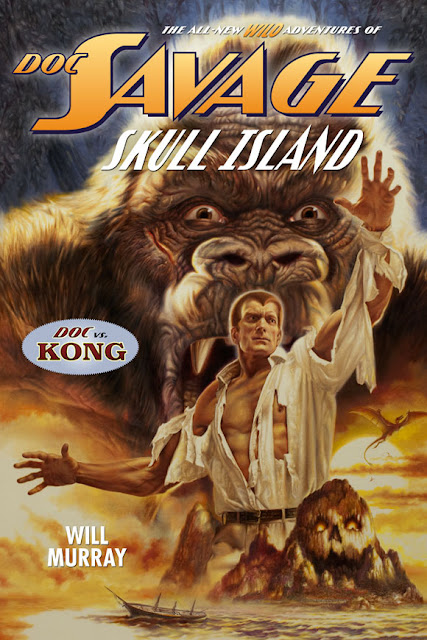 I've read a few Murray Cthulhu Mythos stories and enjoyed the heck out of them.  I know about his long association with Doc Savage and I love King Kong, so again, how much of a risk can this one be?

A few weeks back John O'Neil of Black Gate invited me to guest blog.  So I did and it went up this afternoon.  Have a look.
Like all of us writing about S&S, I do this for fun.  To be asked to do a post for a site I admire as much as Black Gate is definitely a gas and the highlight in my blogging career.
Posted by The Wasp at 12:20 AM 2 comments:

I finally caught up with the May (#16) and June (#17) issues of Curtis Ellet's Swords and Sorcery Magazine the other day and both were good fun with nothing but straight, no chase, swords & sorcery fun.  The magazine's upward spiral clearly continues making me a happy reader.
May's issue brought us Robert Mammone's "In the Shadow of the Gibbet".  Opening with a blast of carnality new to the magazine's pages, it's a fairly standard tale of a man condemned to an arena for two weeks after cuckolding his emperor.  Should he survive that long his freedom will be restored.  For all the story's scent of familiarity, the array of fights as the days pass are tense and well told.
The second story of the month, "Demons, Within and Without",  is the third (I think) of Steve Goble's Faceless Sons cycle.  The first, "The Mask of the Oath", is in Rogue Blades' Return of the Sword collection (which I can't imagine you don't own and if you don't you need to buy it RIGHT NOW!) told of a trio of brothers sword to remain faceless and nameless until they righted the horrible wrong committed by their father.  He had foolishly summoned seven demons who in turn slew him and fled out into the world, wreaking havoc and sowing terror.
In "Demons, Within and Without" we learn more of the brothers and their oath.  The hero in this story is Tannen, the youngest and least bold of the brothers.  Tannen has come to understand he only swore the oath in the heat of a moment that left him "addle-minded" and with hopes of appearing a worthier man in his brothers' eyes.  Circumstance arise that force him to confront his fears as well as one of his brothers.
Goble's describes the Faceless Sons stories as pure swords & sorcery.  I wouldn't hesitate to agree with him.  Good stuff.
"Harvester of Souls" (S&SM #17) by James Lecky records how Ramish Kota and Varish Armeen came to the Black City, Salmu Alu and what befell them there.  Though elements of the story are reminiscent of Clark Ashton Smith's "The Charnel God", I liked it well enough.
Aging mercenaries, Kota and Armeen have come to Salmu Alu in hopes of making enough on a final job in order to retire.  A chance encounter leaves Armeen dead.  Kota quickly learns all the unburned or unburied dead in the Black City are claimed by the Red Priests for their god's provender.
Bound by oath of arms and fellowship, Kota will not allow his comrade's soul to become a god's nourishment.  Kota's effort sto discover the whereabouts and gain access to the Red Priests home and rescue his sword brother comprise the bulk of the story.
Frank R. Sjodin's "The Last Saw in Town" (S&S M #17) is a comedy.  That it made me chuckle several times is enough for me to consider it successful.  Ahzi the swordsman is entranced by a woman he sees from across a crowd.  Unfortunately, she's a thief and the crowd is really a mob come to watch her sentencing.  Convinced she's looked at him with love in her eyes, Ahzi convinces his friend, Serjio, to help him free her.  To rescue the thief from the cage she's imprisoned in atop a high pole in the town square, the duo decide they need a simple hand saw.  Of course, nothing goes as planned and nothing is quite as it seemed.
So follow the links and read the stories and give Swords and Sorcery Magazine and its authors some love.  It may not look as slick as Beneath Ceaseless Skies or Heroic Fantasy Quarterly but it's a fun work in progress.
Posted by The Wasp at 5:32 PM 4 comments:

Two new recent acquisitions this month.
The first is Black Pulp from Pro Se Productions.  It was knowing it had a new Charles Saunders story that made me hit the old one-click button on Amazon.  It's pretty fun so far.  Saunders' "Mtimu" is a great retort to Tarzan.   There's a story by Joe Lansdale but I don't know any other of the authors.  With a cover like that though, who cares? 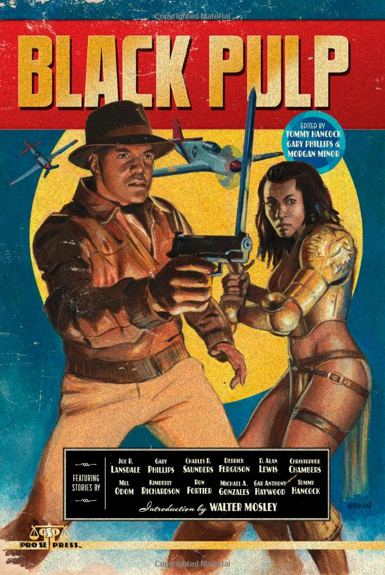 The other thing I just ordered is a bit of an anomaly for me these days: an e-book for over $ 2.99.  Only after reading a positive review on Black Gate, I broke down an bought Joe Hill's new one, NOS4A2.  I've read and enjoyed some of his short stories but his novels never enticed me.  This one did but at seven hundred pages and over twelve bucks I was hesistant.  I bit the bullet and bought a few minutes ago.  Here's hoping it's decent. 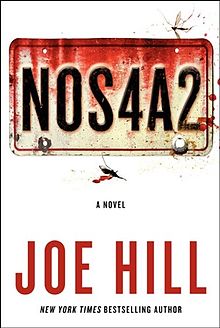