Early TSR Artwork That I Dig

Fantasy artwork has become unpleasantly slick over the past twenty or so years. That's been a primary point I've been making over the years when posting old book covers. Everything has to be so professional and sharp you could practically cut your fingers on it. There is little room for the truly pulpish, let alone the amateurish or semi-pro.

One of the things I love most about the early days of role playing was its embrace of the amateur, kludged nature of itself. A lot of the art in the original TSR booklets was used because it was cheap. It's rough, kinda lousy, and I absolutely love it. In my Black Gate article this week I wrote some of these pictures figure heavily in what I want fantasy to look like.

As D&D became more successful and professional, the art changed. Through the original AD&D books it remained very cool. So, with no more blather, here's TSR art that still strikes my fancy.

from the original Dungeons & Dragons rulebook 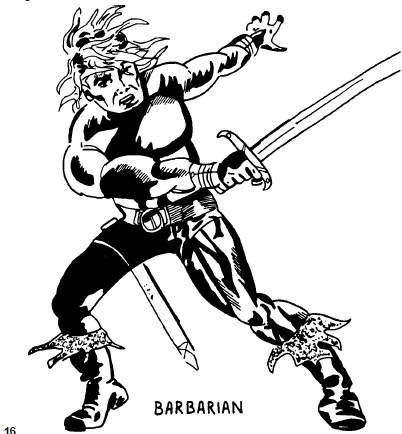 from the Greyhawk supplement 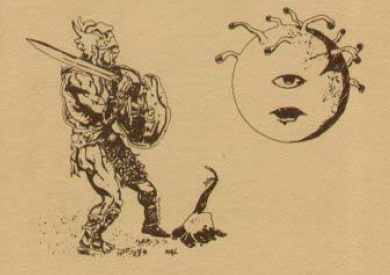 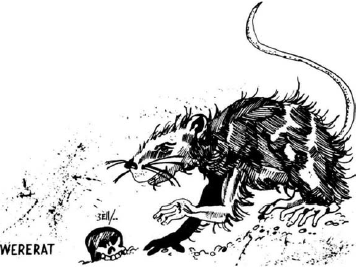 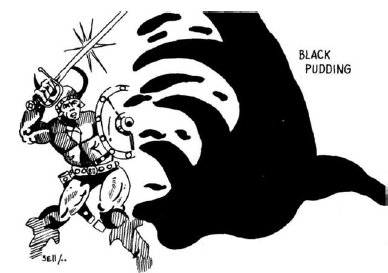 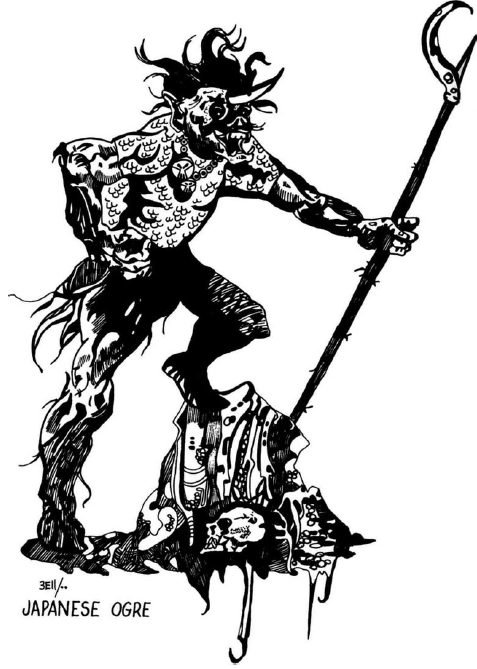 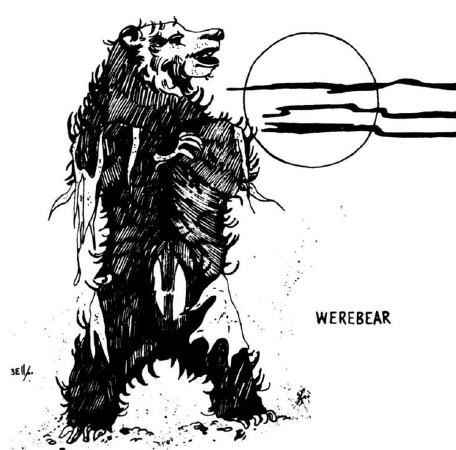 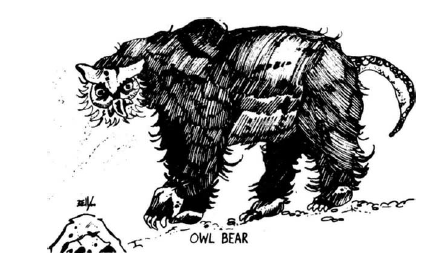 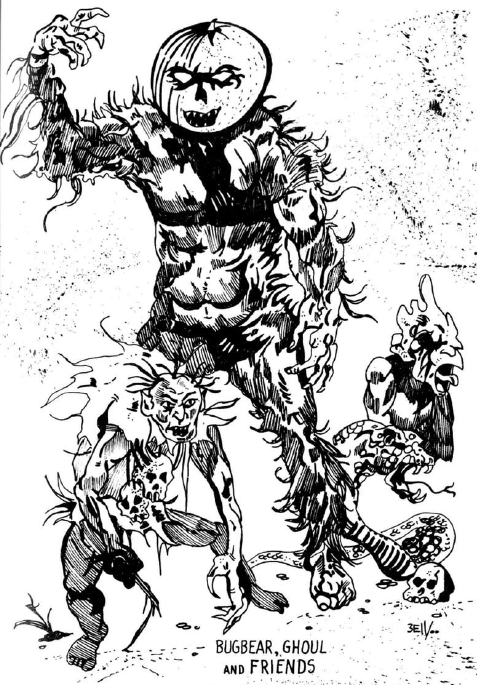 Some people hate Bell's art from Greyhawk, and if I looked at it unbiased, I might agree. I can't, though. These pictures conjure up memories of walking through the woods of Pouch Camp talking about the game, the smells of autumn and campfires, and the lure of role playing - they are perfect.

From the Blackmoor supplement 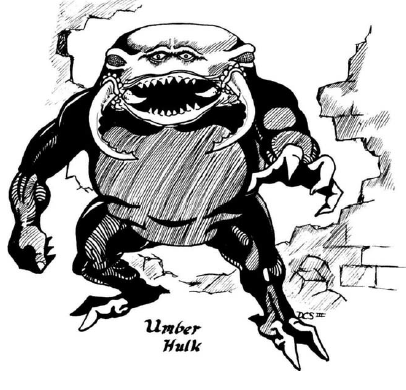 I don't love David Sutherland's work as much as some people, but this Umber Hulk is beyond perfection. What still stands out is its complete lack of connection with any sort of Euro-style fantasy.

from the Basic Game boxed set

Maybe the first Trampier art I ever saw. He was the greatest of the original illustrators and the creator of the unfinished Wormy cartoon. He picked up and left behind illustrating and died a few years back. 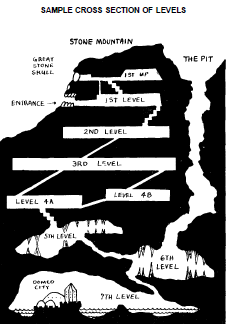 I always wanted to play a campaign set in this subterranean world.

The first Tom Wham picture I ever saw. His art is the most cartoon-like of the original TSR artists and always makes me chuckle. He's also the designer of some terrific games, including The Awful Green Things from Outer Space and Search for the Emperor's Treasure.
Posted by The Wasp at 4:55 PM 3 comments: