Launched in 1892, Comm. Dewey's flagship the USS Olympia is one of only two protected cruisers surviving today (the other is the Russian Aurora). Sadly, due to lack of funds she is rusting away in dock in Philadelphia at the Independence Seaport Museum. She's painted in the same beautiful peacetime white and buff colors she wore when she led the US Asiatic Squadron in its massacre of the Spanish Pacific Squadron in Manila Bay on May 1, 1898.

I've visited the Olympia several times and I want to back again. With wood lined interiors and graceful curves to her hull and gun mounts, she's one of the most beautiful machines I've ever seen. Emblazoned with an American flag shield, her bow juts forward like an outthrust chin showing she's ready to fight.

After her victorious service in the Spanish American War, the Olympia would go on to cruise around the world and eventually serve as the flagship of the Caribbean Squadron. She participated in the intervention in Honduras in 1903 to protect the banana trade.

During the Great War she escorted transports to France. She also participated in the Allied intervention in Murmansk and Archangel in 1918. Later she transported the remains of the Unknown Soldier home to the States. She was decomissioned in 1922. It would be a terrible historic loss were she to end up in the scrap yard. Unfortunately, I don't have the $13 million estimated needed to fix her up and keep her afloat. 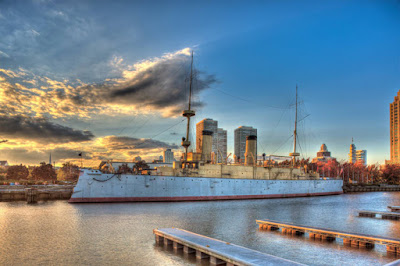 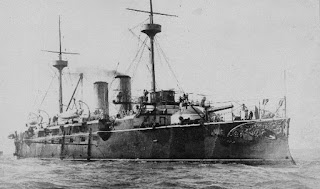 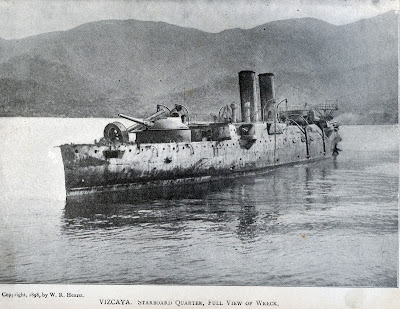 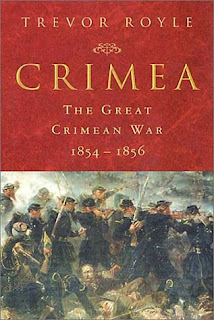 I'm nearly finished with this and it's helping set the direction for the next several books I'll read covering European events. The war represents the collapse of the forty years of peace following the Congress of Vienna and onset of several years of European war (2nd Italian War of Independence 1859, the 2nd Schleswig War 1864, the Austro-Prussian War 1866, and Franco-Prussian War 1870) that saw the birth of two new important European states (Germany and Italy), that would leave their own indelible marks on world history over the next seventy-five years.

One of the odd bits of an odd war was that the Kingdom of Sardinia, essentially Italy-in-waiting, sent troops to the Crimea. The kingdom was hoping to create a unified nation out of the various principalities and Austrian controlled regions of in present-day Italy, and wanted to secure French support for their efforts. By committing soldiers to the Crimea, Sardinia endeavored to show it was a mature state and not in any way connected to the radicalism of 1848. They succeeded and the intervention of Napoleon III in 1859 secured Sardinia's victory against Austria. 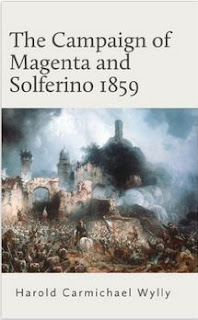 This 1907 book is one of the few books I've been able to find on this short war, despite being one of the first major steps on the road to Italian unification in 1870. With massive French assistance, the Austrians were driven from Lombardy and its capital, Milan. The aftermath of the war's biggest battle, Solferino, left such an impression on Swiss businessman, Henry Dunant, it led him to create the International Red Cross. 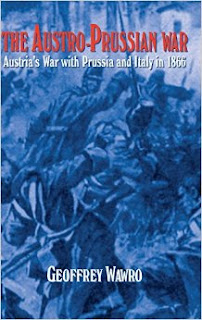 This just showed up in the mail (yes, I had to buy an actual paper book). It's one of the only recent (and in English) books on Prussia's swift victory over the Austrians. The war broke Austria's hold over the German states, paved the way for Prussia's ascension to the world stage, and broke Austria's hold over Italy once and for all. Königgrätz, the battle that broke the Austrians, was fought three years to the day after the last day of Gettysburg with armies nearly three times as large. In one day of fighting, nearly as many men were wounded and killed at Königgrätz as during the three of Gettysburg. The war left Prussia dominant over the rest of the German states and Austria a broken hulk just waiting for the wreckers to arrive. 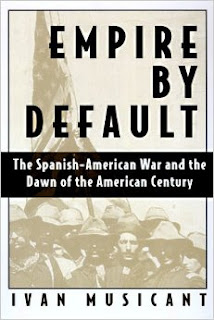 I'm half way done with this massive account of the birth of the American overseas empire during the "splendid little war" against the decaying Spanish empire. It goes into tremendous detail about the fall and rise of the US navy in the years following the Civil War and the political warfare between the various Democratic factions, the Republicans, and the imperialists and their opponents. While the book is primarily about America and its actions, it doesn't neglect the Spanish and Cubans. Between the Spanish brutality and the Cuban scorched earth policies, the chapters on the Cuban wars of independence are harrowing. 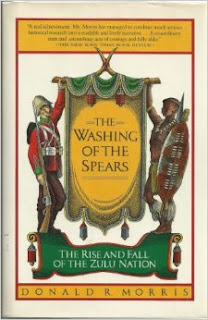 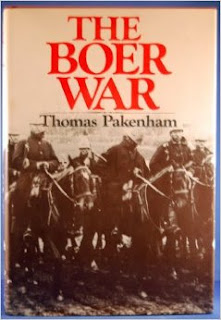 Both of these are supposed to be good, solid histories of their respective conflicts. Most people's, only knowledge of the Anglo-Zulu War is from the rousing film, Zulu. While it portrays the Zulus as brave it never really explains who they are or why they're fighting the British. I know enough to know they were responding to British aggression.

The Boer War was also the result of British bad intentions. As someone of Dutch background, I've always been intrigued by the Boers and their history. For a people bound and determined to be independent, they never seemed to have missed an opportunity to hold black Africans in bondage.

This trio of books tell the history of America's expansion to the Pacific Coast and Rio Grande River. There were earlier events clearly a part of this continental expansion (Tecumseh's War, the Florida Wars, etc.) and the War of 1812 (an appendix to the Napoleonic Wars), and maybe I'll get to them, but I admit to being drawn to images of Mexican lancers, the storming of Chapultepec, blue uniformed cavalry troopers, and Sioux and Cheyenne warriors riding across the plains.

There's so many more books I want to read before I'm finished with this project and I really hope I'm able to stay with it. Among them are Rising Sun and Tumbling Bear (Russo-Japanese War), The Franco-Prussian War: The German Conquest of France in 1870-1871, The Sino-Japanese Naval War 1894-1895, and just maybe, The Spirit Soldiers: A Historical Narrative of the Boxer Rebellion.

I still want to finish Herwig's The Marne, and there's a book about the Ashante War that looks good. This list totally neglects British action in India and the Northwest Frontier, as well as French and Italian colonial escapades too, and I don't want to do that.

I'm not completely sure what I'm trying to do with all this reading but so far it's been a tremendously exciting and interesting undertaking. I haven't read this much history since college and it's invigorating.
Posted by The Wasp at 6:22 PM 4 comments:

So, I'm already about to break one of the few guidelines I set for myself when I started this undertaking: I'm going to write about America. I'll still leave out the US Civil War; from an American perspective, it's just too big and singular event to include here. But there's no way the Mexican War, the various Indian wars, the Spanish American War, and the numerous incursions into the Caribbean and Central America before the Great War, can be separated from the great wave of Western imperial expansion of the long 19th century. And I already own a great batch of books on these various wars and expeditions, so I got that going for me. I do need to get something good about Pershing in Mexico, though. 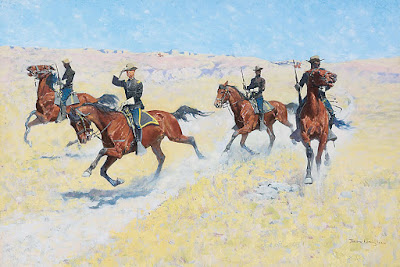 10th Cavalry on Patrol in Arizona 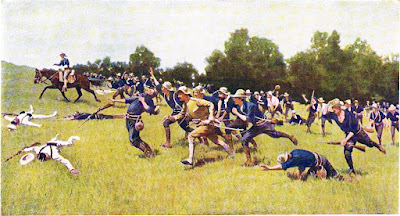