While I've set out to try to focus on Russian fiction this year, I've also found myself drawn to Golden Age detective fiction again this year. So far, I've read Ngaio Marsh's first Roderick Alleyn book, A Man Lay Dead, and I'm well in to Agatha Christie's The Murder of Roger Ackroyd. The luminous Mrs. V and I are also rewatching for the many-manyieth time the inimitable Joan Hickson Miss Marple tv-show.

Golden Age detective fiction refers to a certain type of puzzle-heavy mystery featuring some sort of detective, be he or she an amateur or a professional, and written between the two world wars, and largely, though not exclusively, from Great Britain. While most the earliest examples focused on the puzzle aspect almost to the exclusion of character and atmosphere, this began to change fairly quickly with a growing focus on psychology and motive. While the era is generally considered to have ended in the years immediately following WWII, the sort of mystery Agatha Christie and Dorothy Sayers wrote is clearly still the template for a lot of crime fiction written today. There may be more gore and the sex more explicit, but complicated crimes and clever detectives are definitely not a thing of the past.

The Golden Age of Murder by Martin Edwards 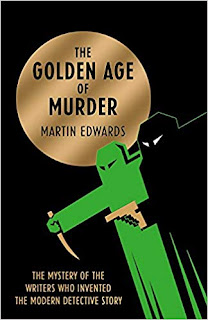 I remembered seeing this last year when I was doing research on Margery Allingham, so I figured it was worth a look. About a third of the way in, I can tell you it's terrific.

Not only is Edwards a mystery author himself, he's the president of the Detection Club. The club's founding members included Dorothy Sayers, Anthony Berkley (Francis Illes), Agatha Christie and most of the other British mystery writers of the day, and GK Chesterton was the first president.

As much as a history of the genre and its development, it's one of the club and its members. I knew a little of Sayers' and Christie's lives, but not as much as the book details. Edwards tells some fascinating stories, particularly where his subjects' writing overlaps with real world murder.

If you've any taste for these sorts of stories, this book is definitely one to add to your shelf.

As I'm making my way through The Golden Age of Murder, I'm being blown away discovering just how many authors wrote detective novels in the Golden Age. There are easily a half dozen or more for every one I know. Going along, I'm making notes of what looks especially interesting.

The Footsteps at the Lock by Ronald Knox 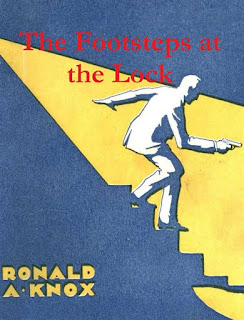 One of the books that immediately caught my eye was this one. Set during a canoe trip along the upper reach of the Thames, this sounded fun, so I grabbed it.
Knox was an Anglican priest who converted to Catholicism. In addition to many serious religious works, he wrote several successful and respected detective novels featuring Miles Bredon, a sheepdog-like agent of the Indescribable Insurance Company. If that company name doesn't make it obvious, from the very beginning, many authors were having fun with the genre, taking it no more seriously than it needed to be.


Knox, one of the founding members of the Detection Club, had also written a set of rules to be followed when writing detective fiction:


Written only partially tongue-in-cheek, this is a great set of guidelines that would seem perfectly applicable today. 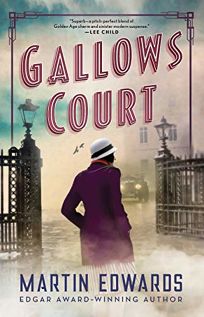 So, reading about Edwards regarding The Golden Age of Murder, I saw he had the first book in a new series available cheap, so I bough it. It's just the way I am, I guess. Rachel Savernake, daughter of a judge and amateur sleuth, gets caught up in crazy, murder-filled contretemps in foggy London in 1930. 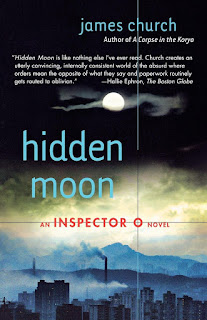 I loved the first Inspector O book, A Corpse in the Koryo, and hope to get to its first sequel soon. This time around, North Korean police inspector O is directed to solve a bank robbery, a crime that would seem impossible in his country. Church is the pseudonym of a long-serving American intelligence officer serving in the Far East. I expect really good things from this book.
Posted by The Wasp at 12:46 AM No comments: