I set the folder aside as weariness overcame me.
from "Out of the Ages" 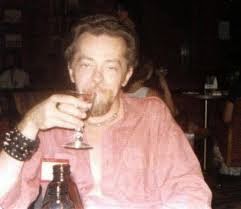 That line from one of Lin Carter's own Mythos stories describes exactly how I've come to feel about this book. Try as I might, even though bolstered by editor Robert Price's encouraging introduction to the book and each story, I was unable to work up any real enthusiasm for this book. I've read lots of atrocious Mythos stories over the decades but Lin Carter's are possibly the worst. 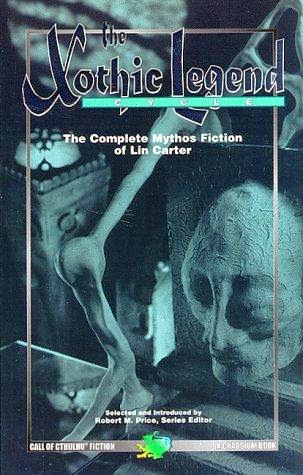 Instead of trying to mimic Lovecraft's storytelling style, or even August Derleth's, Lin Carter appears to have reached the conclusion that Cthulhu Mythos stories work best when they consist of long lists of difficult to pronounce names or the titles of fictional compendiums of forbidden lore. 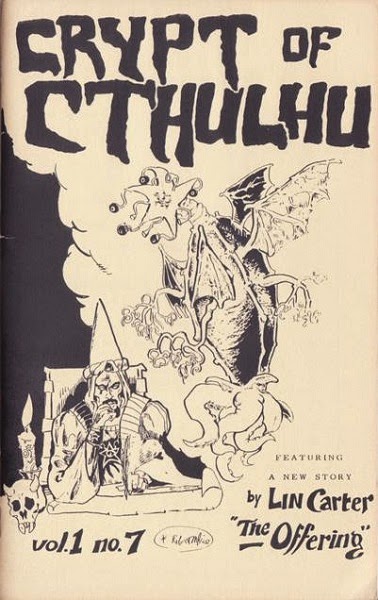 Whether in the Dunsany-flavored "The Red Offering" set in primeval Mu, or the tales set in 1930's California, his approach is the same: throw some names at the reader and then show how every bit of Lovecraft minutiae is connected to every other bit. It's not a winning situation for the reader.

If you're a regular reader of this site or my Black Gate reviews, you know I've been on a bit of a Lin Carter tear of late. I would never argue that he's a lamentably overlooked author, but I was starting to hope he was a better one than I remembered from early encounters with his stories, as well as the general reading public.

While my recent reading of his first two Thongor (his tribute to REH's Conan and ERB's John Carter rolled up in one) was painful, I can tell you the Thongor short stories are great fun. Kellory the Warlock and the first Zanthodon novel were also entertaining. In that light I figured how bad could it be. The answer is, really, really, really bad. 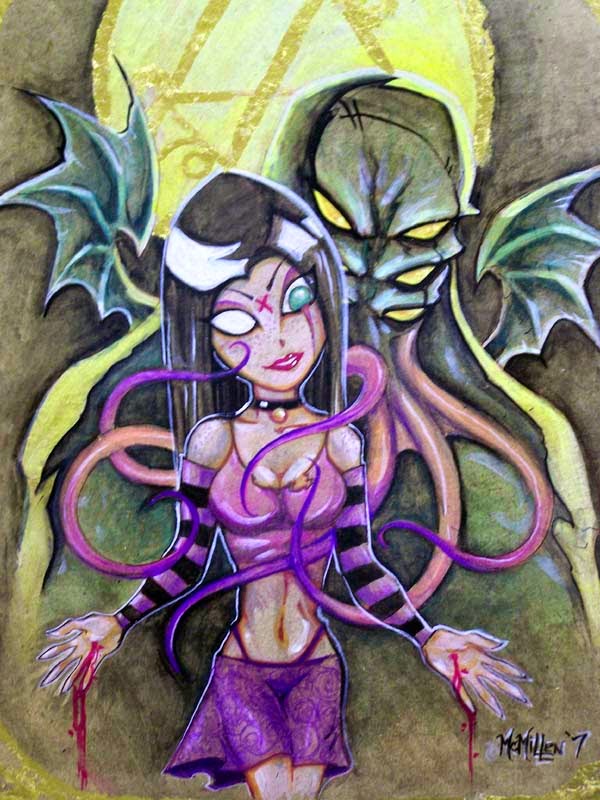 The book's title derives from Xoth, the star from which Cthulhu, his wife, Idh-yaa. Okay, maybe she's only his common-law spouse, but they do have three kids together: Ghatonothoa, Ythogtha, and Zoth-Ommog. In the past they were worshipped by the citizens of Mu, now they are imprisoned. Their interaction with humanity comes through dreams and various servitors, like the wormlike Yuggs. Between them they've got lots and lots of tentacles.

The first batch of stories are tied together in what could have been an interesting way. In "The Red Offering" Carter introduces the Muvian sorcerer, Zanthu. In "The Dweller in the Tomb", an archaeologist goes searching for Zanthu's tomb. The following stories describe the fates of those who come into contact with or followup on the knowledge gleaned from the ancient grave site. Not very original, but interesting. Well, potentially.

That said, I'm throwing in the towel on The Xothic Cycle. I can't handle finishing this book. Even with the prospect of two Robert Price stories towards the end, I just can't do it.

Instead of telling you why I'll just show you.

From "The Horror in the Gallery"

"Yes," Dr. Armitage nodded. "We have here at the library perhaps the greatest collection of books and documents regarding the Cthulhu mythology that exists in the entire world - probably the finest and most comprehensive collection ever compiled. Beside old Alhazred, we have Prinn and von Juntzt, the Pnakotic Manuscripts, the Norman French version of the Book of Eibon, the Celaeno Fragments, Cultes des Goules, both the R'lyeh Text and the Dhol Chants, the Hsan, the Cabala of Saboth and the Egyptian Black Rites, Porta, Remigius, a manuscript copy of Winters-Hall's translation of The Sussex Manuscript, a few pages of the Invocation to Dagon, and other works as well."

That same sort of list occurs time and time again throughout the half of the book I managed to read. Even "Perchance to Dream", a fun story starring Carter's simulacrum of Seabury Quinn's Jules de Grandin, Anton Zarnak, is marred by lists of names and books:


Zarnak consulted the books in the library. First he looked into a slim, cheaply produced pamphlet which bore the title The Zanthu Tablets and read of Great Ythogtha, the Abomination in the Abyss, imprisoned by the Elder Gods in Yhe. Then he consulted von Juntz, and found the following passage of interest:
Of the Spawn of Cthulhu, only Ythogtha lies prisoned in regions contiguous to sunken R'lyeh, for Yhe was once a province of Mu, and R'lyeh, is not far off the submerged shores of that riven, drowned continent; and Yhe and R'lyeh are close nigh unto each other, along dimensions not numbered among the three we know. 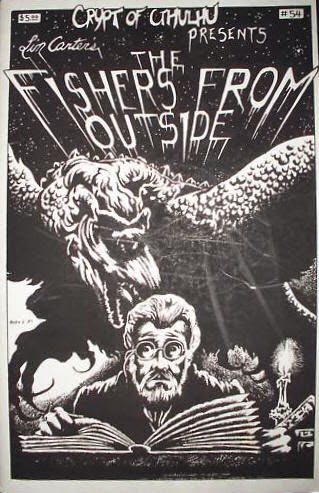 Carter seems constitutionally unable to refrain from explaining everything. There's no room for mystery in these stories. Since he hewed as closely to the story templates created by HPL (ex. find secret lore/object and go mad or discover unknown family connection to Mythos), the conclusions to every story are pretty much clear from the first paragraph. To make this sort of story successful, by which I mean fun to read, you've got to mix it up in the middle.

That means there needs to be atmosphere or action or creepiness to make your time investment worthwhile. Leave some room for mystery to allow the reader's brain to fill in the gaps with it's own dread fantasies. That doesn't happen.

So, despite all my best intentions and efforts, I'm walking away from this one. But it's okay. I started Robert Bloch's Mysteries of the Worm and it's already better. Eighteen year old Robert Bloch was a better writer than adult Lin Carter. It's exhilarating to go from one to the other and I'm already feeling better for it.

I'm also going to read the rest of the series in order as Price produced it. He had clear goals and plans in mind about when he edited the books. Several of his introductions in The Xothic Legend make references to stories and ideas in earlier collections. Read out of sequence I don't think I'd get the full effect and defense of his theories that Price intended.

For what it's worth, I read the following stories from The Xothic Legend.

I did not read the poems "Dreams from R'lyeh"

Next Time: Mysteries of the Worm: Early Tales of the Cthulhu Mythos by Robert Bloch
Posted by The Wasp at 8:39 PM 13 comments: