A Lot of King and Pratchett and Cook

Between rounds of playing Civilization and emphatically not reading very much, my mind drifted to thoughts about which authors have I read the most books by. It was easy to figure out who they were, but, man, was I surprised when I added up just how many books of there's I'd read (and in many cases reread) over the last forty plus year. Between Stephen King, Terry Pratchett, and Glen Cook, I've read 100 books. Of all of them, the first I read was The Shining, way back in 1978 or 1979. Most of the rest I read as they came out or nearabouts. 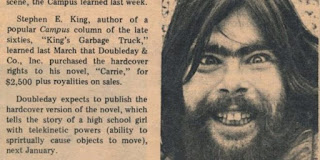 King is the writer who almost single-handedly turned horror into a marketable genre. It wasn't by accident: his early works mix pulp roots with literary aspirations and eyes wide-open on the bestseller lists. He wasn't the first person to do this, but he was the most industrious and simply better than most of his rivals.

His first five novels (as much as I don't like The Stand, its importance to his career and the genre are undeniable. Most people I know who've read it totally dug it.) and first two story collections are forces that any examination of modern horror has to address. If you read horror and have somehow missed them it's best to rectify that.

There's a definite drop off in quality in the eighties due to addiction troubles (supposedly he has no memory of writing The Tommyknockers, though that just might be wishful thinking). As good as I think some of his later books are, they lack the immediacy and novelty of those first six books. Those early ones, though, man, oh, man are they fun.

Still, it's not as much of a punch to the gut as his early books. I attribute that to the effect of decades, and decades of horror written by divers hands. When King kicked things off over forty years ago, if not the first explorer, he was definitely the most important conquistador in the lands of horror. The trails he opened and styles he conquered have long since been traveled and done to death. It's incredibly hard for new horror book to strike with the same potency of King's earliest books, even his own. 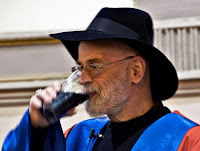 At one point (before JK Rowling's advent), Terry Pratchett was publishing between two and four books a year, and ten percent of all books sold in were by him. Having read thirty-nine of forty Discworld books, I can tell you that there are almost no clunkers. Except for the morally dubious Snuff, the weakest of the series stand way above almost all other fantasy series I've read.

The Discworld books started as parodies of heroic fantasy but quickly developed into something far more ambitious. Unlike most fantasy settings, Pratchett's isn't stagnant, and many of the books follow the Discworld's social and technological evolution. The books aren't just comical. In them he explored some pretty heady ideas, though rarely with heavy hands and never without being extremely funny.

My favorite sub-series are the Guard books. They are love songs to Discworld's great city, Ankh-Morpork, which in turn is a stand-in for all the great cities of the West. They are as much about the dedication and sacrifice it takes to a city running as the sheer joy of living in one. 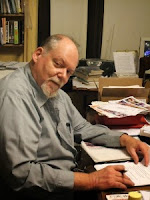 Looking back at Glen Cook's work, there's no denying he's a very good storyteller.  Drawing on hard boiled writing as much as heroic fantasy, Cook is the writer who brought fantasy down into the dirt for the masses. I like it a lot (obviously). The results are often derided as flat, and against the more deliberately literary style of King and Pratchett's elaborate style, it can look very pale, but when it works, it's good and tough. The first three Black Company books (The Black Company, Shadows Linger, The White Rose) remain as smash-in-the-face brutal today as when they appeared. They also remain the best distillation of his strengths; If you don't like these, you probably won't like the rest of his catalogue, but if you do, you're in luck.

The problem with his work is that a lot of it's part of three long-running series. As with any serial work, it tends to be stretched out, often further than warranted, and its impact diminishes. Rereading the entire Black Company series this past summer did nothing to disabuse me of that.

Before you tell me most of Pratchett's books belong to a series, let me remind you that within that there are several discrete shorter sequences (guards, witches, Rincewind, etc.). Each only ended up running about five or six books written over fairly long periods of time.

There are eleven Black Company books, nine Dread Empire, and fourteen Garrett. None of the latter, for example, are markedly bad, but at some point, seven or eight in, a certain degree of blending takes over and it gets pretty hard to keep them all straight. It's not a bad thing - these make no claim to be anything other than - but it does make keep them separate in one's mind a bit of a chore at some point.

I don't love a lot of the fantasy spawned in the wake of the Black Company. I mean the grim military series that litter the field. The modernisms that Cook popularized aren't so original anymore and just seem lazy and forced. The grim stuff, well, I've written a lot over the years about my boredom with it as its own genre, and, again, it reads lazy and forced. Many of the newer writers may be technically better, capable of finer prose, but I've found few who can match him for visceral storytelling. 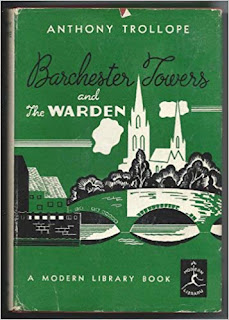 As I continue to get older - that's code to closer to being dead - I feel a little sad that I've read so many fantasy books and so little literature, or even just some other genres. I'm not denigrating King, Pratchett, and Cook, but it all looks so limited from June, 2019. There are so many books, so much other writing, so many authors, that I should be spending time with. I know there's no prize for doing this, but to miss out on so much seems like winning some sort of anti-prize. I mean, I'm pretty sure I'll never read all of Trollope's Chronicles of Barsetshire and I'll probably never get to Proust. It's a real mortality-confronter to understand that there are certain books I will just never read. If I want to accomplish anything - readingwise - I need to pick and choose.

I've been struggling reading these days. It's happened before in my life, usually, like this time, after long periods of reading like mad. For the past five years, I've pushed myself to keep a regular column at Black Gate going and it feels like I've blown some sort of reading muscle. Instead of the fifteen or twenty books I'd have read by now in recent years I've reached a grand total of seven. I think things are getting back on track, but it's been an outright chore to read. 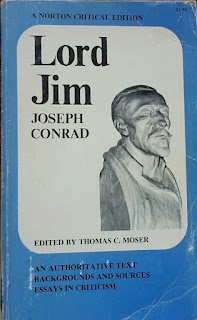 Right now I'm trying to read that ur-text of swashbuckling stories, The Three Musketeers by Alexandre Dumas. After it, I might get back to Fathers and Sons and maybe I'll finally pick up Lord Jim or something else dense by Conrad, maybe Nostromo. Oh, and I guess I'll finish Master and Commander. I really like it so far, but I put it down and got distracted and somehow didn't pick it back up straight away.

I'm going away to the shore for week soon. Since I loathe the beach, I'll hang back in the rental house and read like crazy - ideally. In addition to the books above, I'd love to get to Memo From Turner, Tim Willocks' latest. Also, one or two more nautical books and a Golden Age mystery. Of course, based on my history, little of this will come to pass, I won't read half of what I want to, and I'll just play more games.