Gordon Dickson Covers From My Youth

My dad was a HUUGE Gordon Dickson fan. He easily had thirty novels and short story collections in the attic boxes. As a kid, I read a bunch of them, and well, most of them weren't anything special. Still, they were short and quick and their depictions of competent humans aligned against assorted aliens helped lay the groundwork for my science fiction universe. I know Harlan Ellison was a big fan of his short fiction, so I should probably give some of that a go at some point, but up to now, I haven't.

I've scavenged all the books from Dickson's Childe Cycle. I've read half of them and, while tinted by age, my memories of them are they were really good. Centered around the mercenaries of the planet Dorsai, he envisioned the series, in addition to the six science fiction novels he finished, as having three historical and three contemporary novels. It would tell the extended history of humanity as it splintered colonizing the stars and was reunified. At his death in 2001, Dickson hadn't finished the final book in the series, Childe, and had never written the non-sci-fi novels. 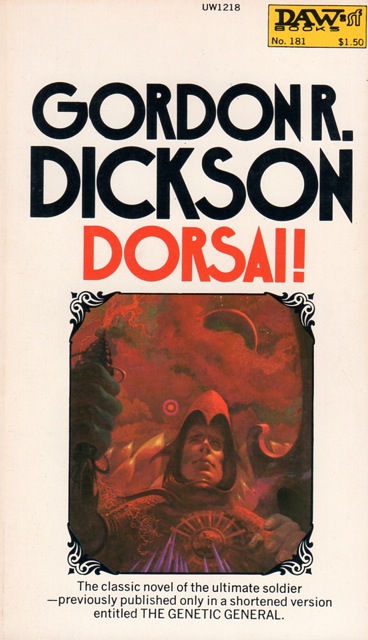 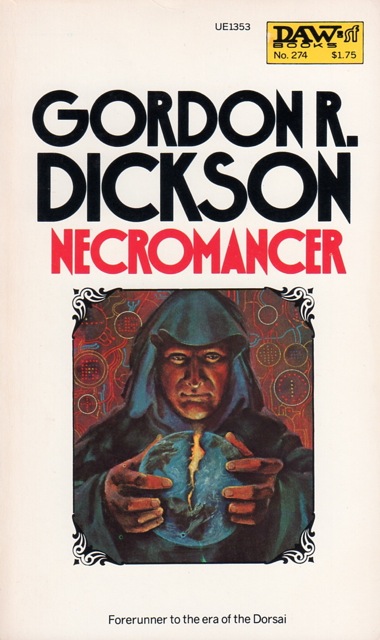 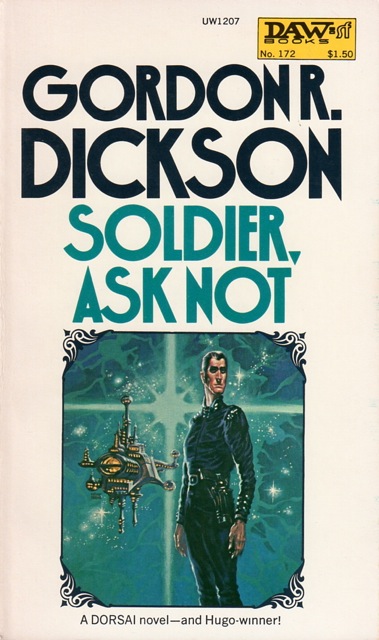 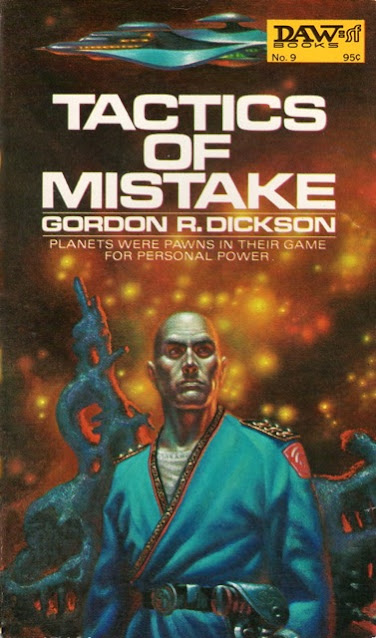 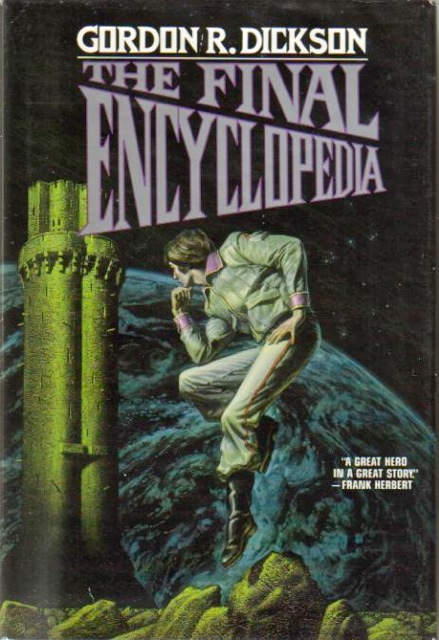 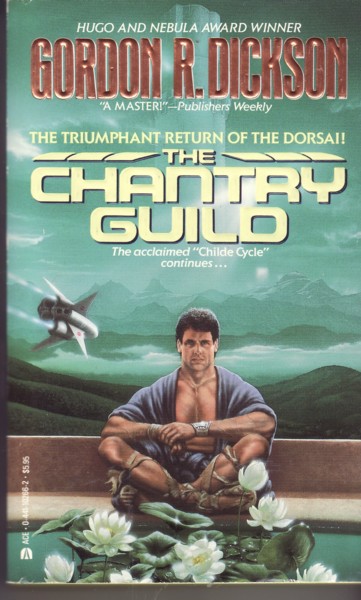 It's an interesting example of evolving covers over the years. Those first two, Dorsai! by Paul Lehr and Necromancer by Jack Gaughan (someone I normally like) are nicely modish, late seventies artwork, but too generic and unmemorable. Now, the next two, both by the mighty Kelly Freas, are a great improvement. Soldier, Ask Not might have one of the best military sci-fi covers around. I've always assumed it depicts the Friendly soldier, Jamethon Black, a character I remember sympathizing with, despite him being something of a humorless scold. Here, dressed all in black and set against a background of stars, he stares forlornly off into the distance, awaiting whatever battle may come. The cover for Tactics of Mistake, featuring the super-tactician, Cletus Grahame, has more than a whiff of evening-time-in-the-Playboy-Mansion-grotto to it, what with him in that intergalactic smoking jacket and orange mood lights playing overhead. I absolutely dig it.

The last two are just not good. Michael Whelan, one of the book cover greats, has given The Final Encyclopedia the floating man contemplating a tower that no one ever needed. Maybe it's a direct scene from the book, but I don't care, The colors are blah and the scene is just dull. Still, it's way better than what Jim Burns did for The Chantry Guild.

I'm going to try and do more of these. Old covers, as much as they trigger a burst of nostalgia, also serve as a catalogue of the genre. Clearly, covers fifty-odd years ago were whiter, but they were also pulpier and more exciting. There was no chance you were going to mistake a sci-fi or fantasy book for a romance or some generic airport thriller.