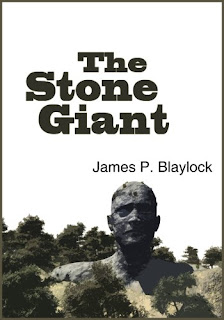 Got my four nephews (ages 6-11) visiting, so no book review this week at Black Gate. I'll be back next week with something new (either a review of The Stone Giant or a short story roundup). In the meantime, I'm getting to make headway in Geoffrey Wawro's The Austro-Prussian War, P.C. Hodgell's Bound in Blood, and John Connolly's The Whisperers.

For those not in the know, John Connolly is the author of the long-running (14 books to date) Charlie Parker series of supernatural thrillers. While the first novel, Every Dead Thing, a brutal serial killer mystery, seemed almost straight, there were a few intimations of what was to come. Slowly, at first, then in great big galloping strides, the books became more overtly weird and wild.

While never eschewing the lurid pulpishness of the material (cults, demons, mysterious killers, ghosts, etc.), Connolly doesn't take that as an excuse to write poorly: he writes as much with poetry as blood and darkness. Like James Lee Burke in his Dave Robicheaux books, he imports a pitch-black beauty to stories of obscene violence and very Christian sin. Both writers' heroes are also retributive figures, bearing flaming vengeance, and justice, regardless of personal cost. And I'll take that as an entrée to strongly recommend Burke to anyone interested in truly great crime-fiction.

Charlie Parker is an ex-NYPD cop routinely drawn into strange (and usually, quite bloody) mysteries. Often, he is helped out by his friends, Louis and Angel, the former an assassin, the latter a reformed petty crook. If they sound a little too cookie-cutter hardboiled sidekicks, rest assured, they are not (they even get their own book, The Reapers).

Not every book is great, but none has been disappointing and less than good. In addition to the mystery(ies) in each new title, there's the overarching mystery of just what place Parker is destined to play in a larger war between good and evil. I read the first six in rapid succession before taking a break for a year. Now, having burned through The Reapers and The Lovers, I'm well into #9, The Whisperers. 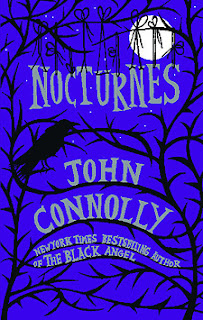 Connolly's also an author of very good short horror stories. In fact, that's how I came to discover the Charlie Parker books. Waiting with my friend in the vet's office while my sister's dog was dying, I told him about the very creepy Kevin Costner horror film, The New Daughter. I also told him I'd learned it was based on a story by some guy from Ireland named Connolly. My friend immediately began telling me how'd he'd been listening to all these great horror radio stories scripted by the same guy. That was enough for me and that night I bought Nocturnes, Connolly's collection of stories.

I, of course, read "The New Daughter" first. It's a very different creature than the movie, but equally unsettling. I quickly read the rest of the book, enjoying it's mix of Jamesian and King-like stories equally. What stood out the most though, was the Charlie Parker novella, "The Reflecting Eye." Written well into the series of novels, it makes no bones about being a supernatural tale. I liked it so much, I immediately tracked down the first Parker book, and was hooked. I probably won't write real reviews of these, but I will mention them again, and probably tell you again just how good they are and that you should read them.

Messed it up the first time, so here goes a my playlist of heavy sounds I put together for a solo roadtrip to the Poconos to help move my aunt. The drive was a compendium of miserable encounters with bad drives, heavy weather, and massively-time-costing accidents. The music, though, was the dose of awesome riffage I needed to make me not care. The move itself, while dirty and sweaty, as those things are, was pretty painless and only took seven hours. Note: Don't be scared that Google can't scan the rar's. They're big and heavy, but not dangerous.