I don't venture into physical bookstores that much these days. I'm too tempted to buy books that I don't have the room for. Sometimes, though, I find myself in one. This summer, not only did I find myself in two, they are simply two of the best bookstores I have been inside of in ages. 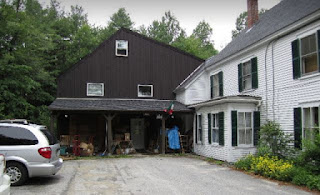 The first is the Old Number Six Book Depot in Henniker, New Hampshire. Having ventured the north to see the Tedeschi Trucks band, along with Los Lobos and North Mississippi Allstars this past July, we chanced upon one of the largest used bookstores I have seen in a very long time.

The clerk was friendly and knowledgeable. The books were plentiful (they claim over 130,000) and well organized. And clean. I really dislike it when I leave a used bookstore and my hands smell of mildew and foxing.

I only bought a few paperbacks, but the luminous Mrs. V. did take a stack of pictures. Always on the lookout for books by folks I know, I was happy to find a pair of Ted Rypel's original Gonji books. 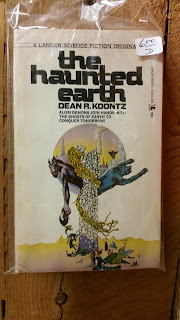 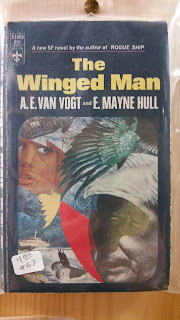 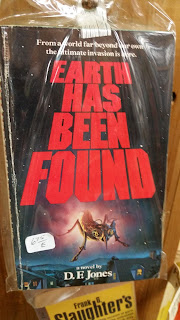 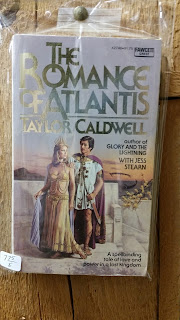 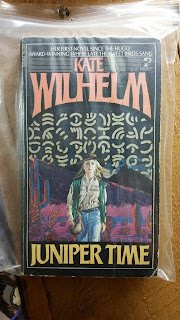 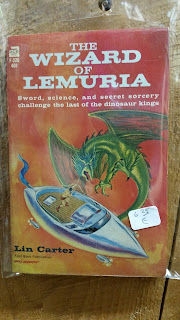 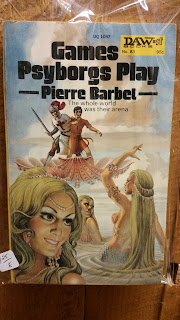 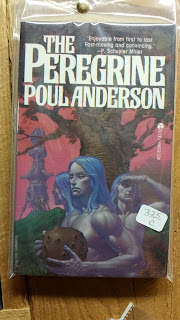 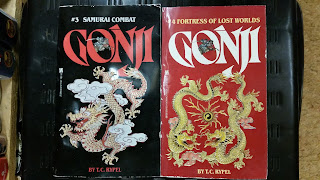 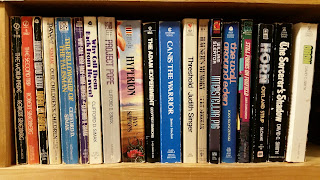 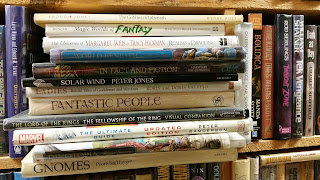 We spent about two hours browsing, a thing I haven't done for that long in years. Not only did they have a wide selection of authors, they had some real depth. The ends of the shelves were decorated with a variety of books (as you can see in the pictures above).

I walked out with David C. Smith's Oron, and a paperback of Allan W. Eckert's The Wilderness War. Nothing else in the genre sections caught my eye that day, and they charged more than I was willing to pay for Francis Prucha's The Sword of the Republic ($16 vs. the $4 I could get it for on Amazon). 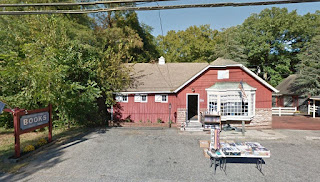 Closer to home, I found a place called Second Time Books in Mount Laurel, NJ. Mrs. V. really discovered it when she was looking for stores that paid cash for books. The store specializes in sci-fi and fantasy. The paperback selection of those two genres is solid, but the hardcover shelves are packed with even more good stuff. There are run-of-the-mill editions side by side with first editions and Book Club editions. Very good batch of books, but not what I was interested in. What's very cool is all hardcover books are Just-a-Folded. Heck, I don't do that for my own books. Impressive.

I wasn't looking for sci-fi/fantasy, yesterday, though. Specifically, I was hoping to find another of the Macmillan Wars of the United States books. And I did: Blood on the Border by Clarence Clendenen. 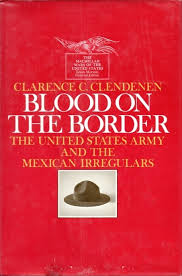 In the back room, there was a buy-three-get-one-free sale. From that pile, Mrs. V. got a pair of audio books for her mom, and I got hardcovers of Lyn MacDonald's Somme, and Evan Connell's Son of the Morning Star. 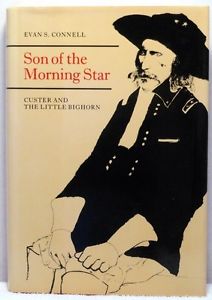 Now the sad thing is, I brought in four sci-fi hardcovers and the owner offered me $12 cash or $24 credit. If he hadn't, I might not have hunted as hard as I did, but he did, and I did. The final cost to me was $5.91, which is pretty freaking awesome. Of course, now I've got to find some space for the new purchases. 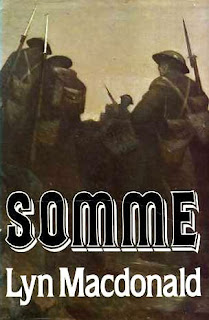 Playlist: So, I've Been Listening to Yes
Posted by The Wasp at 12:26 PM