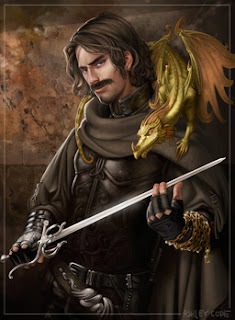 So I lied. Instead of Megan Lindholm's Harpy's Flight, I read and reviewed Steven Brust's Jhereg, first in his long and ongoing Vlad Taltos series (it came in the mail and Lindholm's book didn't). If you haven't read it you should - it's a blast. On the surface it's a nice bit of hardboiled fantasy, complete with snazzy banter and witty rejoinders and set in the criminal demimonde. In reality it's more a Golden Age mystery, more concerned with the puzzle than any sort of existential dread or moody, tough-guy antics.


The only genre fiction I read with any sort of regularity besides fantasy is crime. I grew up in a house surrounded by mystery books but I didn't start reading anything in the field until I picked up James Ellroy's The Black Dahlia because I was a little too interested in the actual murder. I liked it and figured since I'd always watched mystery tv-shows and movies I'd probably like other crime writing as well. I did and began a quick review most of the classic authors in the field - Christie, Sayers, Hammet, Chandler, etc. - before moving on to newer authors. This happened at a time when I was becoming bored with sci-fi and not encountering much fantasy that caught my eye so I was ready for something new. 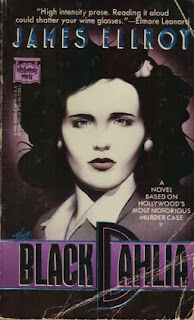 All of that's a long winded way of saying I really like mysteries and crime fiction and Steven Brust did  a great job creating a fantasy version of that. It's not as hardboiled as Glen Cook's Garrett series. In fact I was a little surprised when I started writing my review (way too late in the day and way too quickly - the crap my wife/editor is subjected to by my writing when I work like that is ridiculous) that I was thinking of the book as light and breezy. Maybe it's because when I think of heavy duty hardboiled crime stories it's from the likes of James Ellroy (and by the by, if that sort of stuff interests you AND you have a strong stomach, check out his Lloyd Hopkins Trilogy or the psychotically brilliant L.A. Quartet - Extra warning - Just because you liked the movie L.A. Confidential does not mean you'll like the book - all the really disturbing stuff was left out) or Ross MacDonald. There's something magnitudes beyond bleak in their books that Jhereg doesn't have. It's not a bad or good thing, just a thing, but Brust's book is definitely written with a lighter touch.
By those standards, Jhereg's much more like the American Golden Age style crime fiction of Rex Stout and a thousand movies and tv shows. Like the UK's Agatha Christie or Margery Allingham, it's really about the sharp, tightly plotted events but everybody gets to make wisecracks, not just the working-class characters.
The problem with Golden Age mysteries is that their star characters usually exist in a state of stasis, never really changing and always exhibiting the same set of traits and tics. From what I've read about the later books they do become tougher and more character driven so I'm looking forward to the rest of the series. In an interview with Brust, I read he realized that if Vlad didn't grow and change there was really no point to continue the books. So between the Vlad Taltos and a half dozen or so related books, that's a nice stack of new things to read in the future.
Prog and heavy music seemed inappropriate to the mostly urban swashbuckling of Jhereg. I decided on a mix of power pop (early Cheap Trick and the first Knack album - the latter's practically perfect despite its lurid smuttiness), and oddball post-punk rock (Camper van Beethoven and Cracker). It was a nice mix of stuff I haven't tuned into for awhile.