I've posted numerous pieces on cover art, greats from the old days and poor modern examples as well. I'm on record about my distaste for today's photo-shop at. It's tacky, rarely looks cool, and much of it seems intent on downplaying fantasy stories being fantasy.

Now, I know we don't live in the glory days of Jeff Jones and Frank Frazetta, but there's no excuse for not having good cover art. As that thought percolated in my brain the past few days, I tried to remember modern covers I liked. Here's what came to mind. 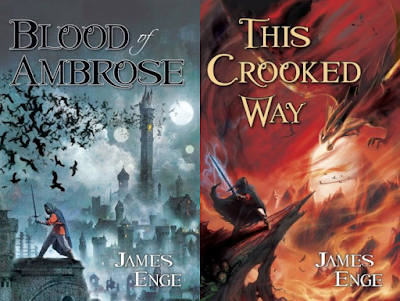 Before I even knew who Enge and Morlock were, I saw the Blood of Ambrose cover and wanted to check it out. The later books in the series feature increasingly crappier photo-shop art. 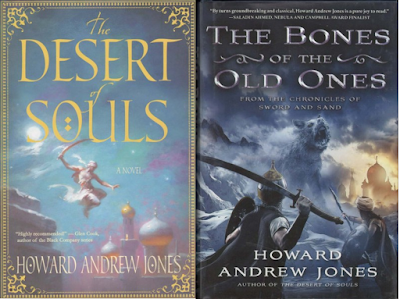 The original Desert of Souls cover kicks ass. It belongs on the cover of an old-school TSR module or something. The dreamy blue and indigo skies, the improbably leaping swordsman, it all cries of serious heroic fantasy. Bones of the Old Ones isn't quite as good, but it makes no pretense about being anything other than heroes fighting a magical monster.

The covers for the Shaper series are good examples of bold, graphic designs some publishers are willing to use instead of photo-shopping. I love the colors and almost-silhouette figures. The only problem is the distracting text in the middle of the first and third covers. 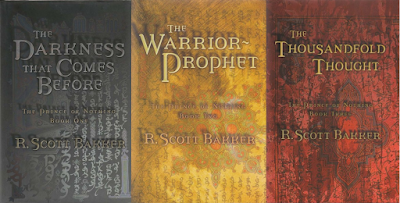 Simply beautiful covers. I'd have put the subtitles below Bakker's name, but what do I know?