The Macmillan Wars of the United States series 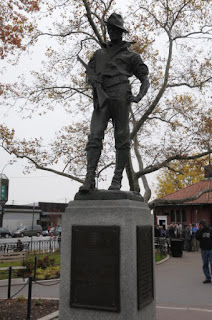 Without even realizing it, I had several books from this series. From my dad's shelves, I have Bauer's The Mexican War. Looking for a good book on the Indian Wars, I picked up a used copy of Utley's Frontier Regulars. At some point, I can't even quite remember when, I bought Trask's The War with Spain (sadly, without the series' cover).

Since The Mexican War and Frontier Regulars sit apart on the bookshelf, I never noticed or thought about their similar covers (d'oh!). It was only when I was tooling around looking for a something or other last year that I found a Goodreads page listing out the series. Examining the Bauer book, I learned that MacMillan had advertised a much longer series, with books about the other military services, the War of 1812, the Banana Wars, and a host of other things. While the series-fan in me would have loved to have seen what those looked like, there are plenty of great titles on all those things, so no great loss.

I doubt I'll get all the books, and any I do buy will be in whatever version's cheapest. I've long past needing to get first edition hardcovers of all my books (just Tim Powers, James Blaylock, and Glen Cook!). My goal is to get a book to read. I've just ordered Sword of the Republic by Francis Paul Prucha. Prucha was a Jesuit who wrote several acclaimed books about the US and our interaction with the Indian nations. He seems to have made a special focus on the Old Northwest. I'll probably buy the (way overpriced) e-book version of Utley's Frontiersmen in Blue. I've read a little Utley before and he's less self-flagellating than many American historians writing about the US and the conquest of the Indian nations. I'm not defending American actions, but they are merely part of the sad history of humanity exploiting, brutalizing, and killing itself, regardless of time, place, and color. I've yet to read about any two polities coming into contact with each other where the stronger doesn't seek to find out just how far it can go seeking an advantage over the weaker, to the point of conquest or even extermination. 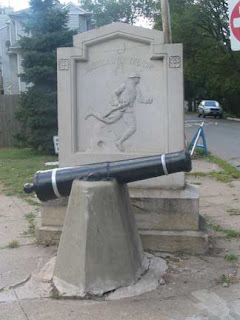 I really like these covers. The decision to go with headgear's a nice touch. Looking back on the brouhaha about the Army's adoption of the black beret a few years back, it's interesting to see the only overlap on all these covers is the campaign hat for the Spanish-American War and Pershing's incursion into Mexico. I wonder if hats and headgear in the services have ever stayed as static as they did over the past few decades.

The unfortunate choice of the American Revolution cover, however, means if I was collecting the series I'd be pretty bummed out. I mean, seriously, MacMillan, what were you thinking? So it's hat/helmet/hat/hat/helmet/hat/DRUMS? Dang, people. Oh, well, it's forty years ago and it doesn't matter anymore.

In addition to The Sword of the Republic, and Frontiersmen in Blue, I see myself getting my own copies of a few more of these in the future. I would really like my own copy of Blood on the Border, and definitely one of Arms for Empire. Leach has also written about King Phillip's War, the first significant fight between colonists and Indians, so tangentially, I'll take a look at those as well.  The other volumes I'll probably never get. I'm not interested enough in the history of the services to get any of those volumes, and while The American Way of War might be a solid history of what we've done in the past, its 1977 publication date means the past forty years of American military theory and practice goes unstudied as well as all sorts of scholarship done on the period it does cover. 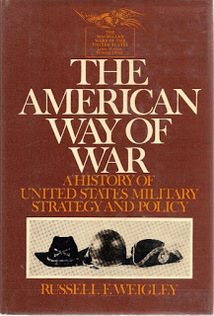 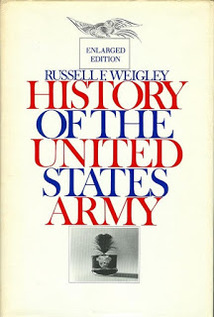 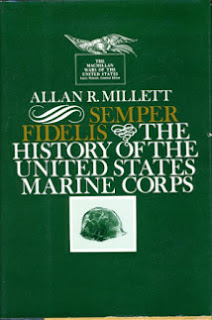 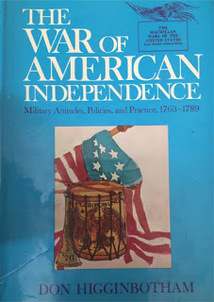 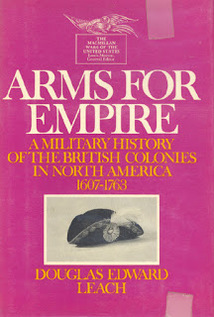 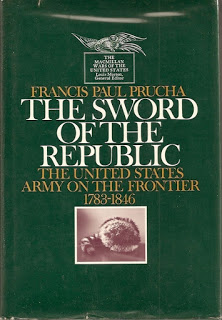 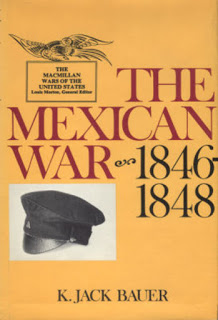 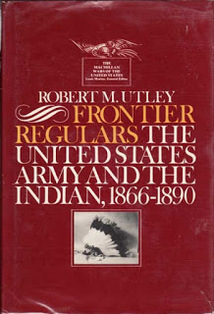 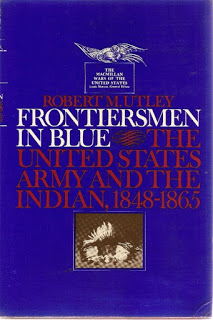 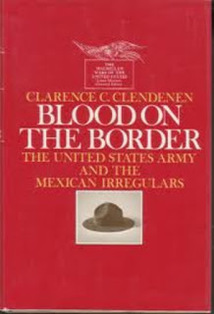 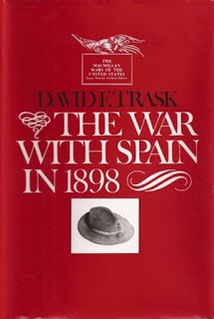 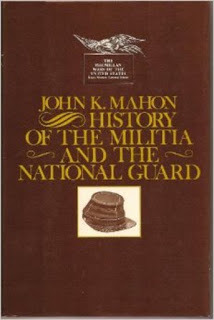 So there you go. A host of new books to check out. If you've read any, let me know. I'm curious how well they hold up.