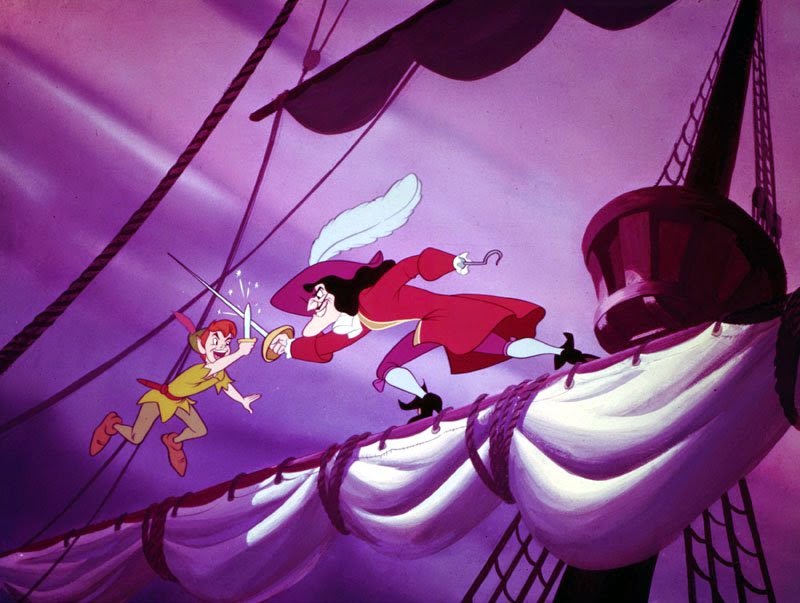 I love pirates. Even knowing the bloody, violent truth about them and their era, I'm fascinated by the history of men who broke free of the bounds of society, poverty, or slavery, and created floating republics able to wrest a living from the wealthy and powerful. While there are bits of truth in that description, for the most, whether they were the government sanctioned Dutch freebooters or English sea dogs, or the multi-ethnic buccaneers, they were a bloody minded bunch. And I admit, I don't really care.


The early Dutch and British privateers in the sixteenth were direct agents of their respective governments with the goal of damaging the Spanish in any way possible. The buccaneers and privateers of the next century were more independent but more or less loyal to their nations of origin. By the end of the seventeenth century, the rise of professional navies and the success of the non-Spanish colonies, privateering became rare. All those men who'd made their living stealing from the Spanish turned were out of work. The bold (or desperate ones) turned pirate and stole from everybody. 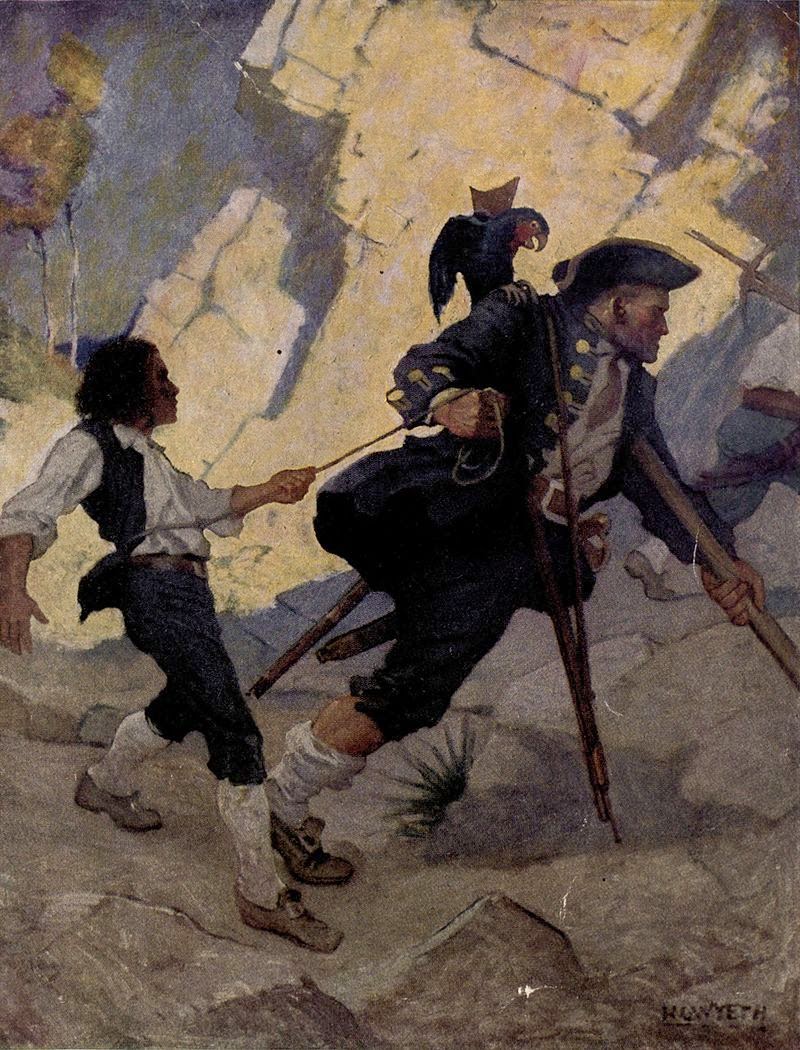 The Spanish make easy villains. The Dutch, English, and French out to steal the wealth the Spaniards had stolen from the native empires are easy heroes. There were acts of great boldness and bravery that are thrilling to read to this days.


I'm not sure what the first pirate I ever saw was but I imagine it was Captain Hook in Disney's Peter Pan. With curled hair, ruffled cuffs and that hook, he was probably what most people imagined when the heard the word "pirate" until the advent of the movie Pirates of the Caribbean.

In the years that followed, I watched Captain Blood, The Black Swan, and in Treasure Island read about Hook's only real rival until the arrival of Jack Sparrow, Long John Silver. Forgive the pun, but I was hooked. Even Peter Ustinov's Blackbeard in another Disney movie, Blackbeard's Ghost, was good enough for me. 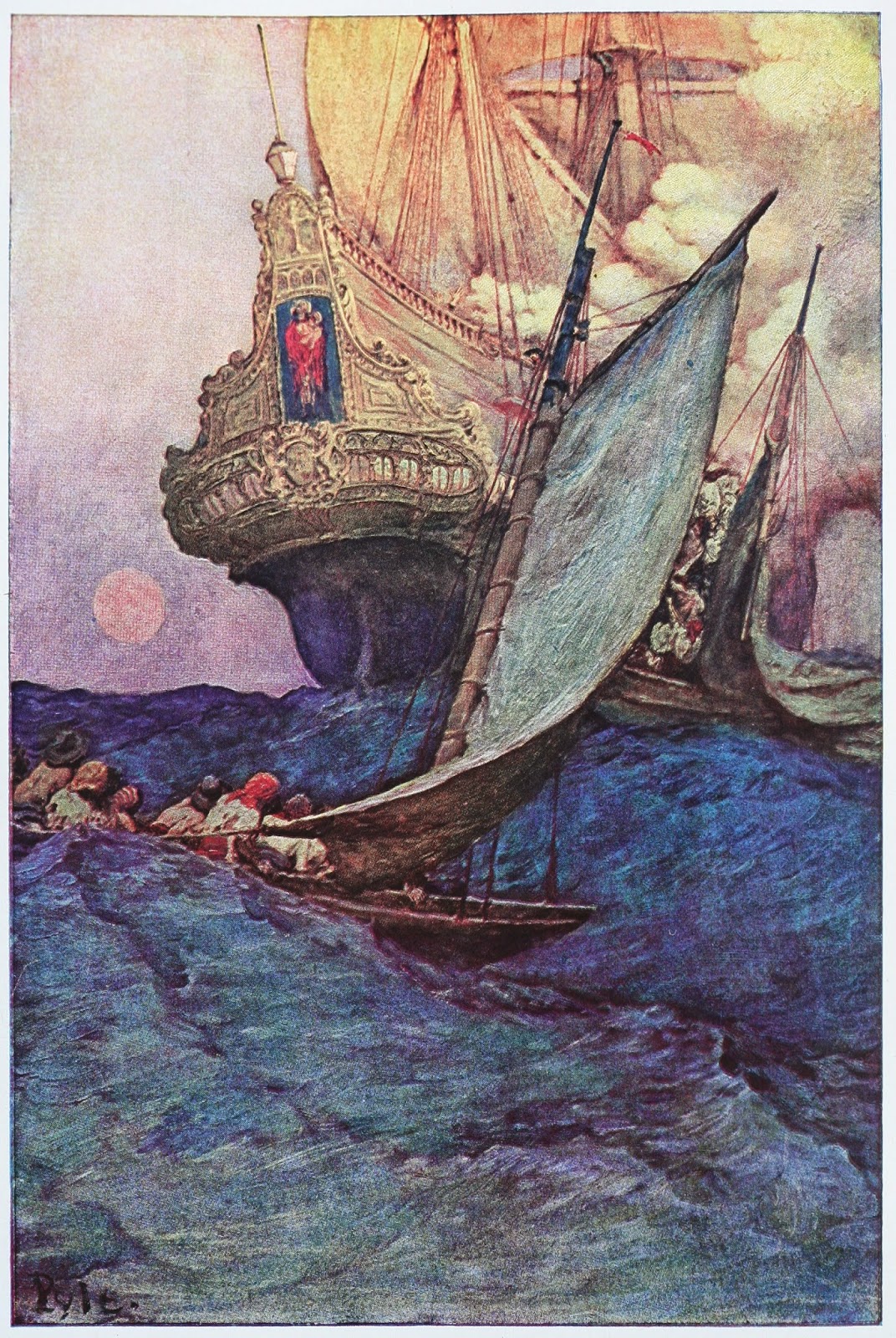 Eventually, I started reading historical accounts. First came the American Heritage Junior Library book, Pirates of the Spanish Main. It's a nice introduction that doesn't totally dispel the romantic veneer of the age. The illustrations are a beautiful assortment of period pictures and illustrations like the marvelous one to the left by Howard Pyle.

The next book, snatched from my dad's shelves, was Funnel of Gold by Mendel Peterson. It's more than just a history of ship-borne thievry in the Carribean; it's a history of treasure taken out of the New World by the Spanish treasure fleets and the long war waged against them by the empire's European rivals. It takes what appears to be a small, individual ship-to-ship actions and places them in a larger context and gives them more significance.

Other books and movies followed. Standouts include Alexandre Exquemeling's History of the Buccaneers of America and Roman Polanski's Pirates. I even got my friends to play a pirate-themed Fantasy Hero campaign. Tim Power's On Stranger Tides (1987) (apparently badly served and used as the basis for the last Pirates of the Carribean film), a novel of Blackbeard and black magic, was the basis for that game.  My own character was a dour Dutchman named Pieter Hoothouf with one hook, one peg leg, and one eye. Charlton Heston's Long John Silver from the 1990 movie version of Treasure Island is even better than Robert Newton's classic timber-shivering version from the 1950 film and is still one of my favorite presentations of the genre. 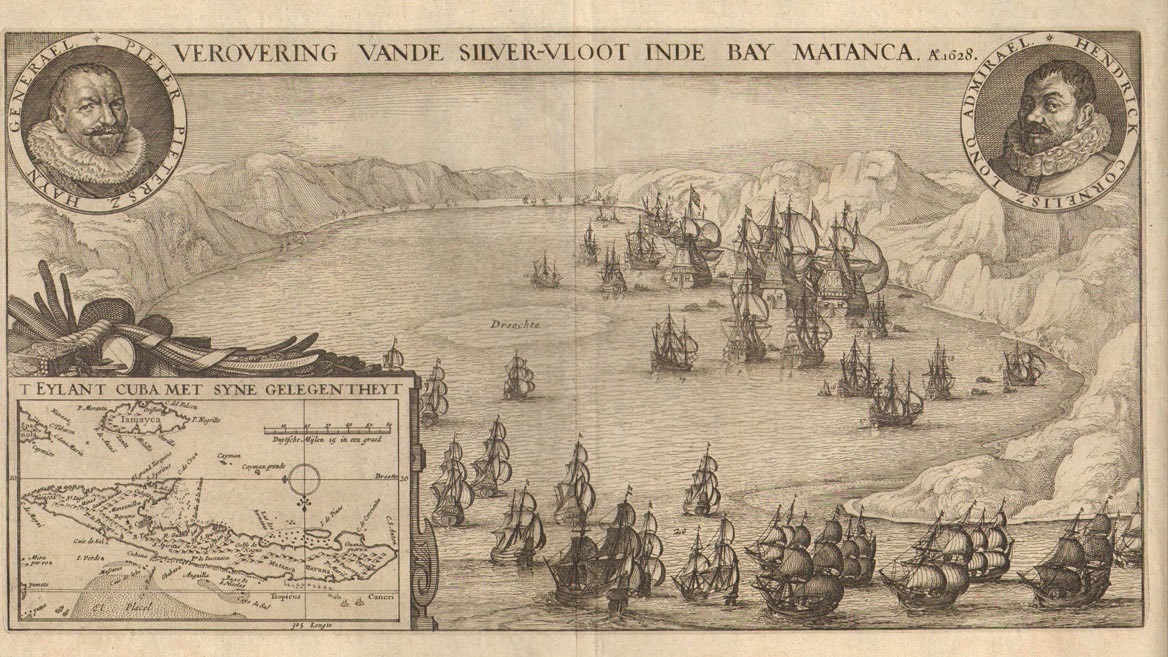 I've built a decent shelf of non-fiction books about golden age of piracy. Coupled with other books about the
surrounding areas during the same period (the conquests of the Aztec and Inca empires, the European settlement of North America, etc.), I have learned a good deal about the era and area. I haven't read all of them yet, but I have dipped into most and read a chapter here or there.

All this is a long way of proving what I wrote at the outset; I like pirates. Recently, I prompted by a post by Howard Andrew Jones about historical adventure fiction, I picked up Wildside Press' Pirate Story Megapack. A conversation about Rafael Sabatini prompted me to buy the Captain Blood books. I'm pretty jazzed to start reading. 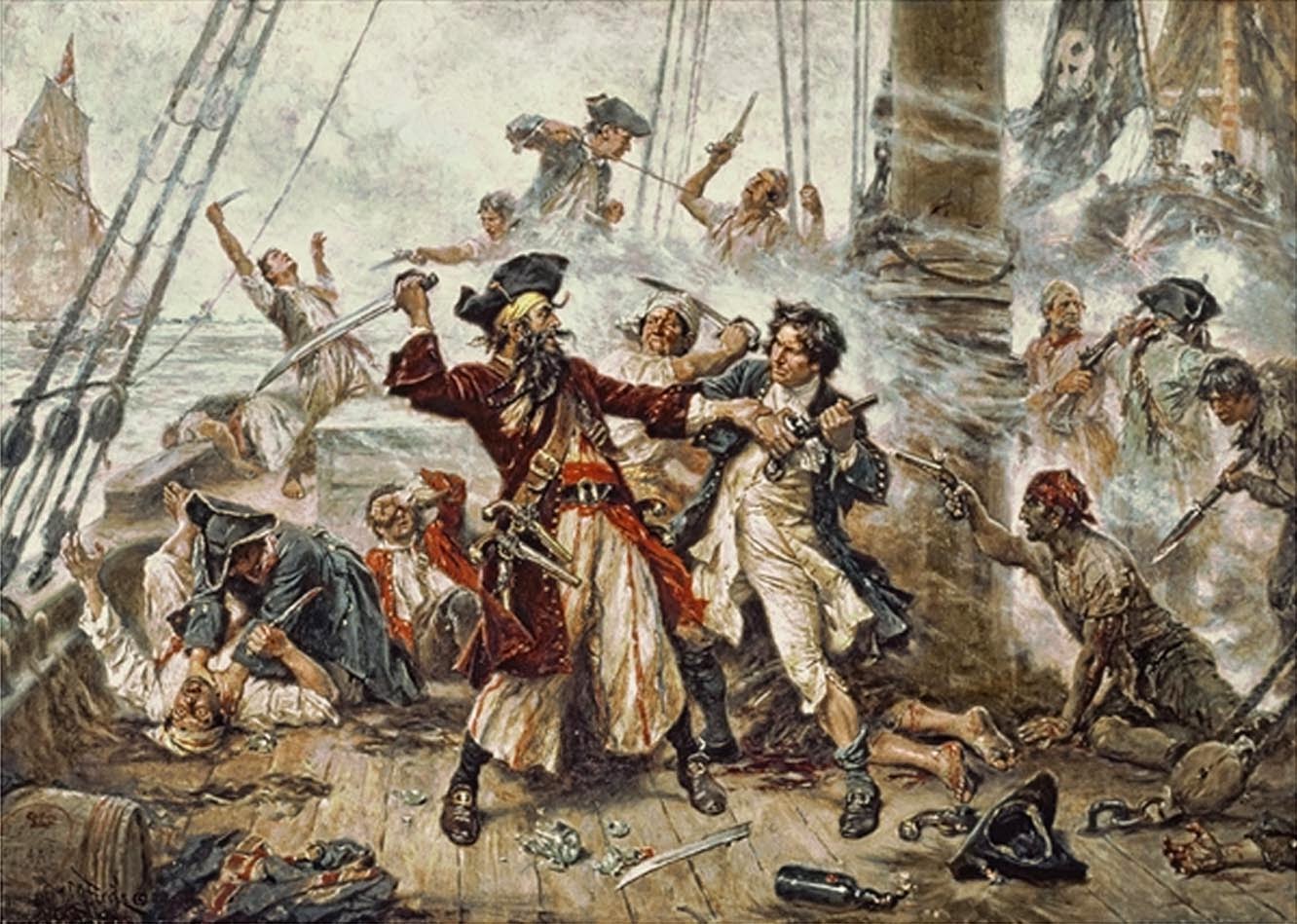