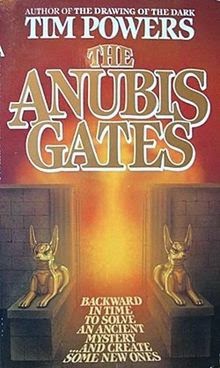 Tim Powers and James Blaylock are two of my favorite authors. I started reading Powers with The Anubis Gates and Blaylock with The Digging Leviathan and have been following them ever since. The other day I read there's a sequel to The Anubis Gates coming out this fall and it got a little worked up.  Both are complicated stories set in-between the cracks in history. They purport to tell the real stories about what's going on being the scenes, hidden from view. As a fan of conspiracy theories I was predisposed to like these two men's work.

Whatever. Spurred on by my wife starting The Anubis Gates this past week, I picked up Powers' early swords & sorcery book, The Drawing of the Dark (review over at that Black Gate place). It starts as a fun adventure about an aging Irish soldier hired by snake smoking wizard to watch over the mysterious doings in a brewery and almost imperceptibly metamorphosizes into a darker tale. Great stuff.

On a different front, I subjected myself to the Gary Oldman movie, Tinker, Tailor, Soldier, Spy the other day. Though I had heard great things about it, I'm a tremendous fan of John Le Carre's novel and the BBC mini-series starring Alec Guinness (hands down, my favorite actor. I own all three of his books of memoirs and will sit through almost anything he's in no matter how poor it is). Still, I figured, why not chance it? 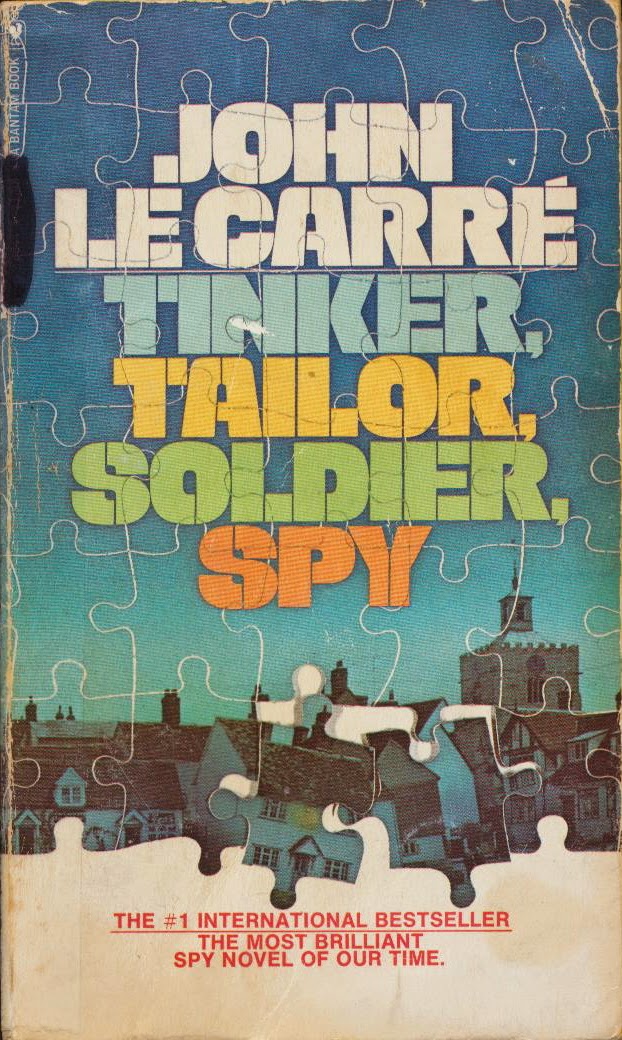 T,T,S,S is the first of John Le Carre's Karla Trilogy (followed by The Honourable Schoolboy and Smiley's People). Set in the early seventies, it follows the investigation by George Smiley into the existence of a mole in the British intelligence service. It's a great mystery and examination of the nature of spies and their craft.

It's also a study of the fall of post-war Britain and the collapse of it's elite. It was published at a time when the U.K. seemed to be slipping backwards. It was plagued by strikes, and unemployment. There were all sorts of shortages and no signs of improvement in sight. Once she had ruled the waves, but now England can't keep it's own lights lit.

As one old spy in the novel puts it, these are men shorn of purpose:
"Trained to empire, trained to rule the waves. All gone. All taken away." 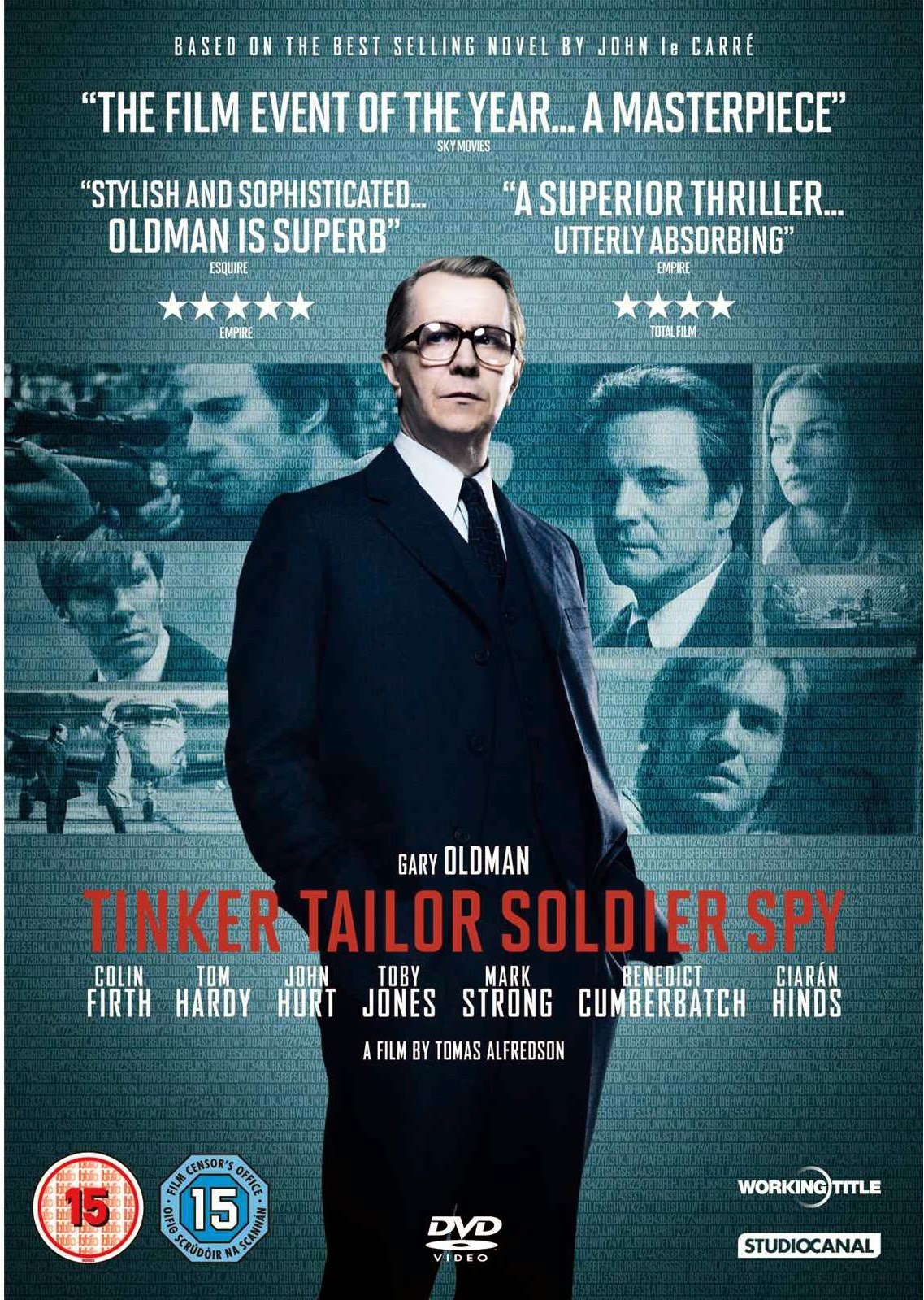 Our monkey-brains linger on to give us that little bit of survival instinct, that little something whereby we can react quickly to sudden attacks or dangers. Well, mine had been warning me against the new movie but I didn't listen. In the future I need to pay better attention .

I admit it's hard to come at an adaptation when you're familiar with the source material and stay objective, but let's pretend I was. Viewed solely as its own thing, it's not good. It's a complex story and is not clear much of the time. Motivations are sometimes vague and explanations are weak.

Characters whom we're told are important have too little screen time to make any sort of impact. The suspects are less than ciphers, mostly just standing or sitting about in drab suits and giving the audience a bit of insufficient exposition.

Things never feel right in the movie. One character, renowned for her vast memory, has pictures of many of the characters as young men. Why would any ex-spy have photos of various secret agents in her possession at all? It's one of lots of bits that just struck me as feeling false but included to serve the beast of film making. 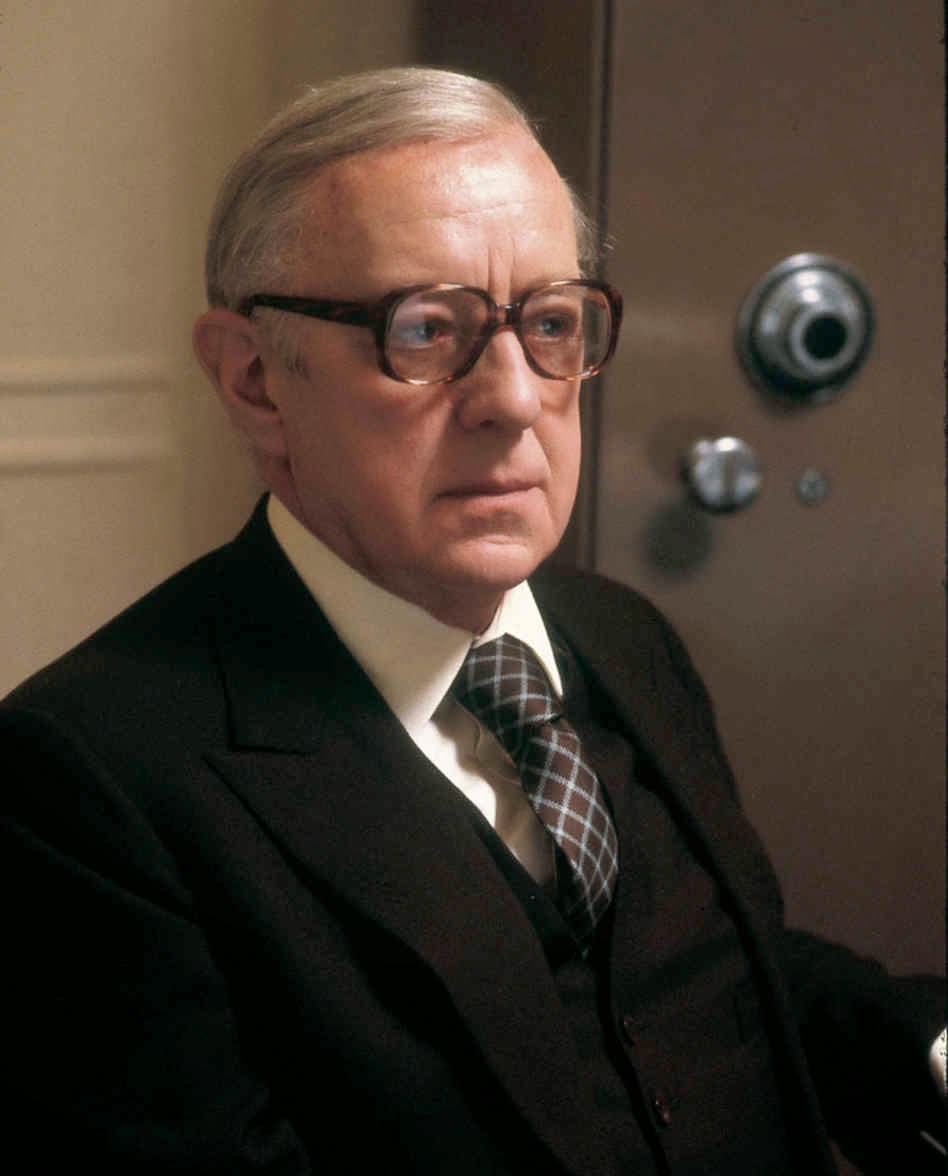 Now, coming at the movie as a fan of the book and earlier film, I can only describe this film as crap. The novel is dense with plot, characterization and ideas. The movie is dense with something and it's none of those things.

I don't really mind the plot compression and character conflation done in order to shoehorn a big book into a two-hour movie. It's the nature of the beast and I've long ago come to accept it. It's the removal of the depth of the remaining story that bugs me.

In the novel, a Soviet spy's burgeoning Christianity is part of the impetus for her to seek a new life and removed. The British spy who romances her, seduced partially by her goodness, has his rough edges sanded away. Almost everyone is simplified to the point of meaninglessness. Perhaps, by making the players more opaque they were supposed to be more mysterious. It doesn't work.

The Cold War never feels real or important. The depths of the mole's betrayal never seems important. The centrality of the conflict between East and West that by then had gone on for nearly thirty years and the moral issues at play are never addressed. I take that back. It is at one point and the implication is that, unlike WW II, it isn't one Britain can be proud of. The loss of Britain's imperial power and its effects also goes unmentioned. It's never really clear why the mole has betrayed his service or why we should care other than in the simplest whodunnit? sense.

In the course of Smiley's investigation in the book, each suspect gets the chance to speak for himself, exposing their motivations and fears. All that is lost in the new film.

Everything is jazzed up and made to look shiny. I have trouble imaging 1973 Budapest was quite as camera ready as it's made out to be in this movie. There's more violence, dead bodies and sex than in either of the earlier telling of the story. It feels forced and out of place in what should be a very anti-James Bond spy story.

If you haven't read the book but were thinking about watching the movie, please, don't. You can find a used copy on Amazon for a penny plus shipping. It's the best espionage novel I've ever read as well as a powerful and mournful look at a country operating past its sell-by-date.

So I've been listening to a lot of Dream Theater lately. I first started listening to them with Metropolis, Pt. 2: Scenes from a Memory (1999). If you haven't heard them but the idea of crazy-time-changing-prog-metal is at all appealing check them out.

update: so the scene with the old spy and the photos is actually in the book. Makes me feel a little dumb. It still strikes me as off.