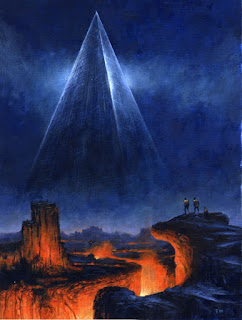 I thought I'd lost my copies of the second and third Nifft novels - Mines of Behemoth and The A'rak (which I still haven't read) - by Michael Shea and it sent me into a bit of a frenzy. Eventually, I found them and calmed down. It got me to thinking about them and where they fit into my mental fantasy library.

They do not belong to the subgenre of sf/f called Dying Earth, neither taking place on Earth nor on a dying world. Nonetheless, Shea, one of the more Vance-influence writers there ever was (more on that later), created in the Nifft stories a world that feels as weary and worn out as any of that genre's settings. The same thing applies to other books I'll mention here as well. 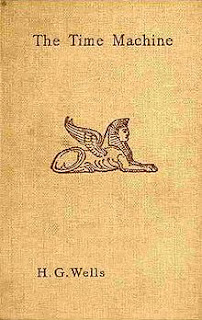 The genre roots, I believe, rest in both HG Wells' vision of the last days of the world in The Time Machine and William Hope Hodgson's massive recounting of the quest for the Lesser Redoubt in The Night Land.

Wells provides a taste of the setting, but his book is really about the future dispute between management and labor. Nonetheless, it is an excellent little book and sits first among these works I've linked.

Hodgson's book, which I've actually started to read, is the real fount of so much of the genre. The Earth lives in darkness, ravaged by monsters, and the surviving humans sheltered in a giant metal pyramid. The prose is dense and convoluted, intended to give a sense of great distance from the present. It's sort of rough, though as I digest more and more, it seems more and more natural.

The next book found on the same shelf, and the most influential, is Clark Ashton Smith's story collection, Zothique. While there are many tales by plenty of authors set in the last days of dear old Terra, Smith's collection of grotesqueries under a fading sun is the real template for the sort I'm considering here. As I wrote, Wells had other things on his mind and Hodgson's work is too personal from which to craft a subgenre. 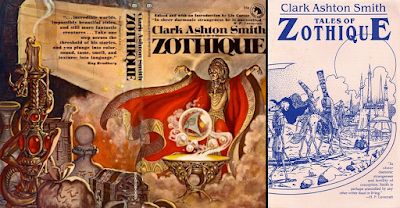 Smith's stories, and most of the rest alongside them, are rooted in fin de siècle decadence. Markedly unerotic sexuality, sadism, moral corruption, they're all there. Even though written eighty years ago, Smith's are often still wonderfully unsettling - by today's loose standards. So much of today's supposedly shocking literature feel like it's only for show; as if the author is intent on proving he or she is so much more

Zothique, for those unfortunately unfamiliar to it, is the last continent on Earth in the far off future. The past - its history and its technology - has been forgotten and magic and demons have appeared. Not only the planet, but humanity and it cultures, its very soul, are tattered and exhausted.

The next writer to run with a version of this setting was Jack Vance. He began with his first book, The Dying Earth. Only a little less cynical than Smith's stories, Vance's are funnier - even if it's usually in a very nasty, black-hearted way.

With Eyes of the Overworld, Vance returned to this milieu and introduced the absolutely self-interested thief, Cugel the Clever. More often than not, his self-assumed appellation doesn't apply, but fortunately, his enemies, who, due to his actions, are legion, are usually a little less clever. It's novel of exquisite weirdness and baroque prose. Of all these writers, I find his style the most purely beautiful. There's an amazing precision to his sentences. Each word is like a gemstone placed in the perfect place by the hands of a jewel-maker of consummate abilities.

Later, Vance wrote another two books in the setting, Cugel's Saga and Rhialto the Marvellous. Both have their good bits, but neither is as sharp or enjoyable as their predecessors.

The other major works I put next to Smith's volume are Gene Wolfe's Books of the New Sun. Smith's and Vance's works are pure entertainment. They are the tale of Severian, a torturer in a world that seems to Earth in the very distant future. I've only read the first three books, but I'll be getting to all five this year (in between the first and second Black Company series).

Wolfe is roundly considered one of the finest sf/f writers, garnering glowing write ups even in mainstream magazines like the New Yorker. I've only read a handful of his books and stories and am utterly unqualified to way in on that. I can say, the three New Sun books I read are absolutely mindblowing works of seemingly bottomless imagination.

Next we come to the alluded to Michael Shea books: Nifft the Lean, The Mines of Behemoth, and The A'rak. I reviewed the first several years ago. It is a dark and wonderful book. If you haven't read it, do yourself a favor and find a copy. Read my review to get a fuller sense of the book and Shea's style.

He also wrote a fully approved sequel to Eyes of the Overworld long before Vance's own effort. Called A Quest for Simbilis, I only just secured a copy and am anticipating reading it rather soon.

Neal Barrett Jr. entered the field with a two book series called Investments. I reviewed the first, The Prophecy Machine at Black Gate. Set, perhaps, in Earth's far-future, its protagonist, Finn, is a master craftsman who has made a sentient lizard and is married to a beautiful, uplifted mouse named Letitia Louise. Not quite as cynical or pessimistic as Smith or Vance, Barrett, here, was a very funny writer.

The second, The Treachery of Kings, remains unread on my real-world shelf. Perhaps, soon, but probably not too soon. 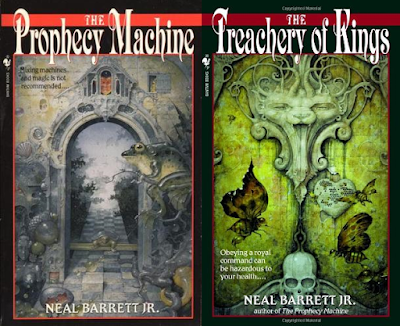 The rest of the books, all of which I've written about at Black Gate are, again, not really Dying Earth books. All three, though, are set in spent and sere worlds, where the remains of past days litter the landscape and cities are the accumulation of centuries of architectural debris, one century's piled on another.

The first is Throne of Bones by Brian McNaughton. called it ghoul erotica, and that's not far off base. Rereading four years ago, I actually felt a little unclean when I was done. I wrote "I want to on one hand praise and with the other hold it away from myself with a pair of iron tongs." I stand by that, but it is a seriously disturbing work.

The other two are Raphael Ordoñez’s two novels, Dragonfly and The King of Nightspore's Crown. Rooted in pre-genrefied fantasy, they are good and weird. Like all the works above, they are rich, maybe too rich for many modern readers, and complex. I love them and have gone to as great lengths as I am able to recommend them to others. 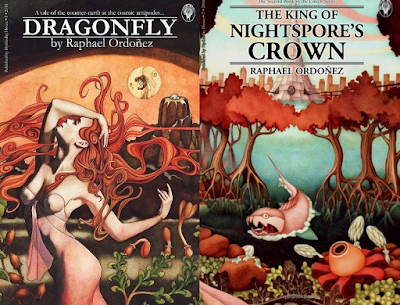 All these books stand out from the great crowd of genre fantasy. They may share some very basic tropes - a decayed land and society - but none of them rely on the usual assortment of Fantasyland® elements and worked and worked and worked over plots.
Posted by The Wasp at 3:09 AM