Summer Doldrums and the Leatherstocking Region

Try as I might, reading is just not working these days for me. I'm three-quarters done with The Three Musketeers, but I just can't close the deal. Tim Willocks' Memo from Turner is mocking me, as is still unfinished Holger Herwig book about the First Battle of the Marne. I'm headed into Leatherstocking country for the next week, and even with my four nephews around, I might be able to relax and get some things read. Note: Since I wrote this, I've started Caleb Carr's Surrender, New York and I'm digging it, so I got that going for me.

Venturing into the north, I will definitely get a good dose of frontier history in. We're planning to take a day trip to Rome, NY and hit both Fort Stanwix and Oriskany battlefield.

As part of the British plan to sever New England from the rest of the colonies in 1777, an expedition under Barry St. Leger began marching down the Mohawk Valley toward Albany. On August 6th, a militia force under General Nicholas Herkimer, a son of two of the many German immigrants in the region (and one of whose brothers was serving with St. Leger), was ambushed by a mixed force of Iroquois, British soldiers, and local Tories led by New York-born Sir John Johnson. It was a brutal affair, filled with hand-to-hand combat among neighbors punctuated by a thunder storm and ended with over half the American force dead. Foremost among the British commanders were Mohawk chief, Joseph Brant and Loyalist ranger commander, John Butler.

Herkimer had been on his way to help relieve the siege of Fort Stanwix, but was forced to withdraw into the dilapidated Fort Dayton. A relief column under Benedict Arnold later relieved both Stanwix and Dayton. Herkimer would go on to die following the amputation of his leg, done both too late and too poorly. 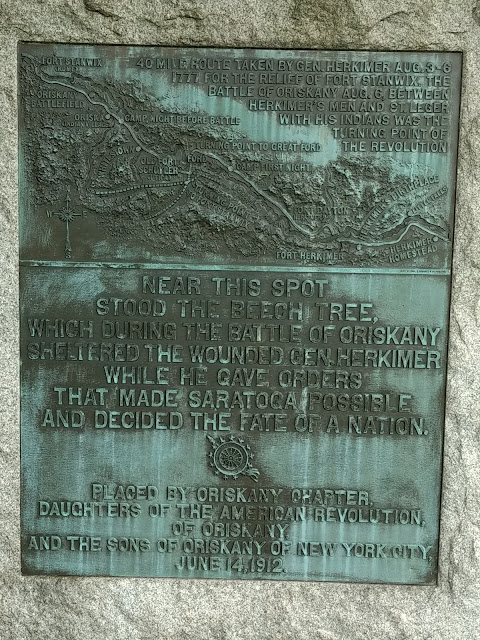 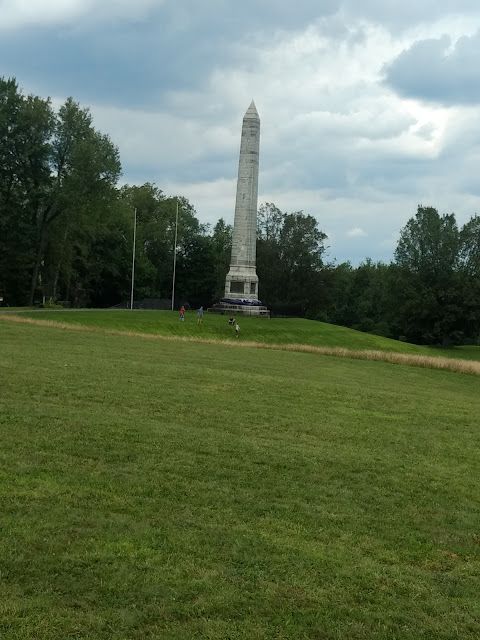 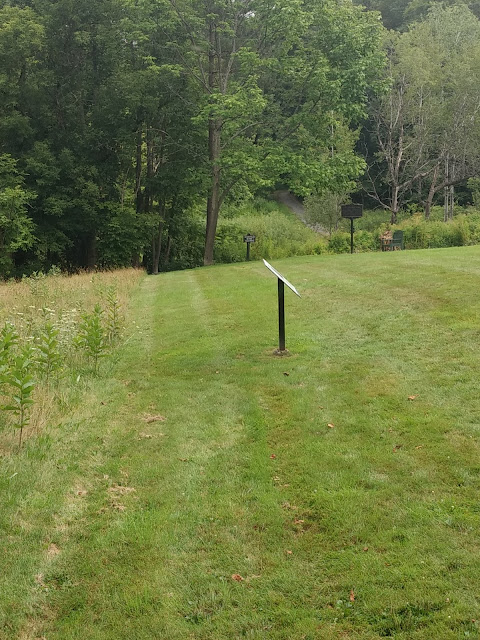 Looking into the ambush ravine. In 1777, all of this would have been wooded. 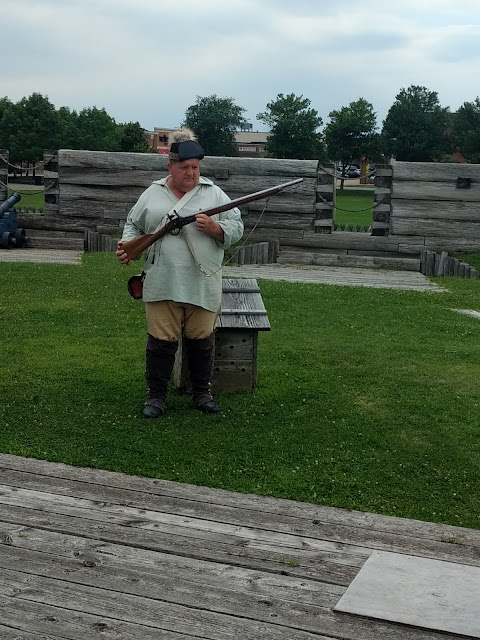 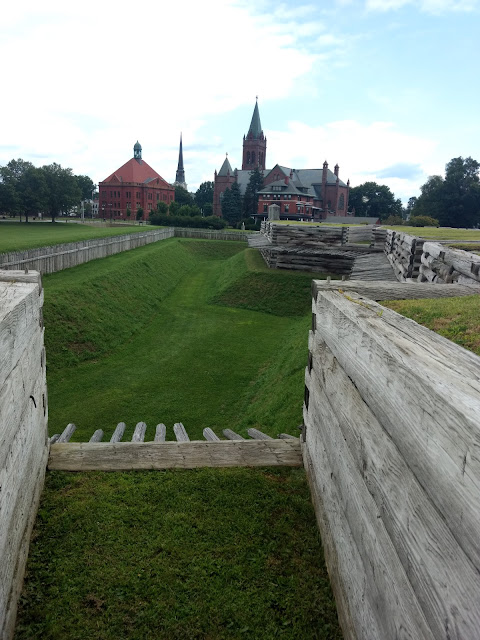 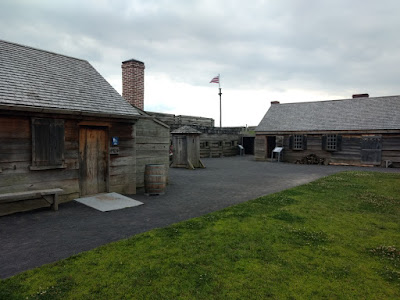 Looking at the southwestern bomb-proof entrance and two bunkhouses

Upstate New York was torn by warfare for centuries; between the Iroquois and their enemies, the French and British, and finally the British and the Americans. The Mohawk Valley saw massacres and guerrilla fighting up through the end of the Revolution. The savage frontier warfare served as some of Robert E. Howard's portrayal of the Pictish frontier in his Hyborian tales. I've long wanted to travel to the region and finally I'm getting the chance.
Posted by The Wasp at 12:47 AM No comments: