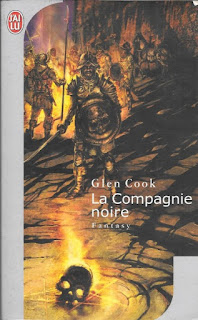 I recently read some comments on that the Black Company books by Glen Cook are terrible. The prose is non-descriptive and the books are just dialogue-driven. I disagree with those complaints vehemently. Almost all the modern military and grimdark books owe an extreme debt of gratitude to Cook's 35 year old series.

When I read the first book, The Black Company, back in 1984, it was like nothing I had read before. Cook told a story of an epic struggle between the forces of darkness and the forces of even greater darkness. He told it in alien-sounding contemporary dialogue and from a ground-level view. The narrator, Croaker, is smart, but he isn't one of the important strategists or commanders of the titular mercenary commanders.

The second book, Shadows Linger, is one of the most hard-boiled fantasy books I've ever read. The initial protagonist is pure noir protagonist. For money and lust, he gets ensnared in the vilest of plots. When he tries to extricate himself, he falls into the hands of the Black Company. It might be my single favorite book in the whole, long series.

The last of the initial three book run, The White Rose, is epic and weird. It's got flying whales, talking menhirs, and the resurrection of the series' Sauron figure, the Dominator. Again, Cook shows us events from a grunt-eye view (or at least a surgeon-eye view), and it's a mean, brutal vantage point.

Except for the last two installments, Water Sleeps (1999) and Soldiers Live (2002), I've read these books three or four times at least. I might have read the first three another two or three on top of that. Everything above is from memory. Next to PC Hodgell's Kencyrath books, Cook's series is my favorite. What separates it from its grimdark descendants is it never succumbs to their penchant for misery porn and cheap cynicism. So many current authors seem to think Cook's work succeeds because of the darkness, so that's what they go for. I also think a lot of them can't do the plotting and character creation of Cook, so they settle for gore and sadism.

In case you doubt my opinion about the quality of Cook's prose, here are the opening paragraphs of the entire series.

There were prodigies and portents enough, One-Eye says. We must blame ourselves for misinterpreting them. One-Eye's handicap in no way impairs his marvelous hindsight.
Lightning from a clear sky smote the Necropolitan Hill. One bolt struck the bronze plaque sealing the tomb of the forvalaka, obliterating half the spell of confinement. It rained stones. Statues bled. Priests at several temples reported sacrificial victims without hearts or livers. One victim escaped after its bowels were opened and was not recaptured. At the Fork Barracks, where the Urban Cohorts were billeted, the image of Teux turned completely around. For nine evenings running, ten black vultures circled the Bastion. Then one evicted the eagle which lived atop the Paper Tower.
Astrologers refused readings, fearing for their lives. A mad soothsayer wandered the streets proclaiming the imminent end of the world. At the Bastion, the eagle not only departed, the ivy on the outer ramparts withered and gave way to a creeper which appeared black in all but the most intense sunlight.
But that happens every year. Fools can make an omen of anything in retrospect.
We should have been better prepared. We did have four modestly accomplished wizards to stand sentinel against predatory tomorrows - though never by any means as sophisticated as divining through sheeps' entrails.
Still, the best augurs are those who divine from portents of the past. They compile phenomenal records.
Beryl totters perpetually, ready to stumble over a precipice into chaos. The Queen of the Jewel Cities was old and decadent and mad, filled with the stench of degeneracy and moral dryrot. Only a fool would be surprised by anything found creeping its streets at night.

Yeah, Cook's prose is sparse. It's not devoid of color and life, however. It's sharp and economical. You don't get pages wasted on extraneous sideplots. I get the love for Erikson's Malazan books (I read five of them before I quit), but I found them nowhere near as tight or exciting. The more I write, the more I'm looking forward to starting these in a couple of weeks. Woo hoo!

I don't love the morions the Company members are wearing, but more than any of the other covers (most of which, admittedly, stink). They're for the French editions and they're by Didier Graffet. 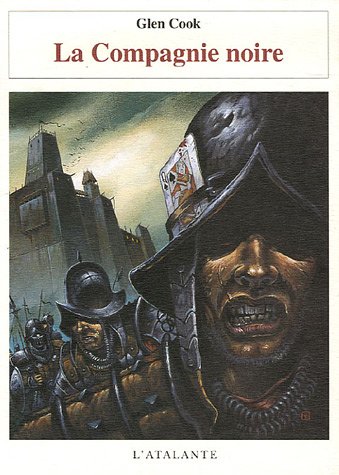 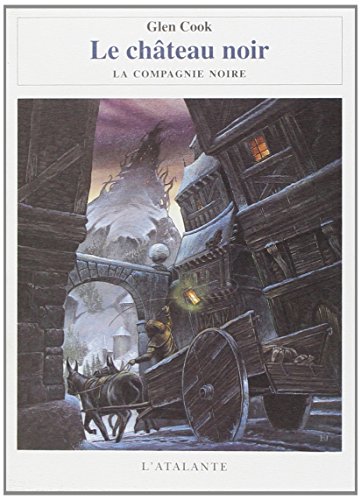 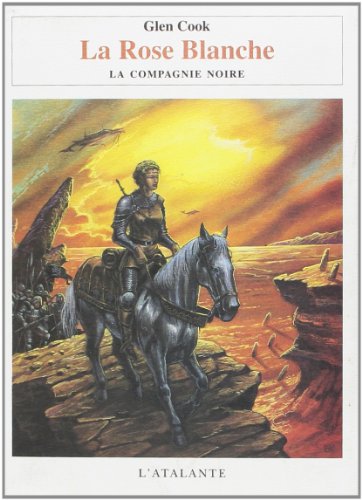 The Books of the North 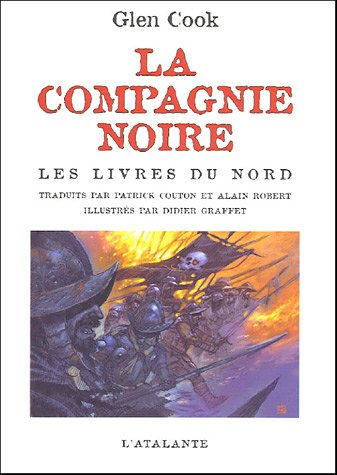 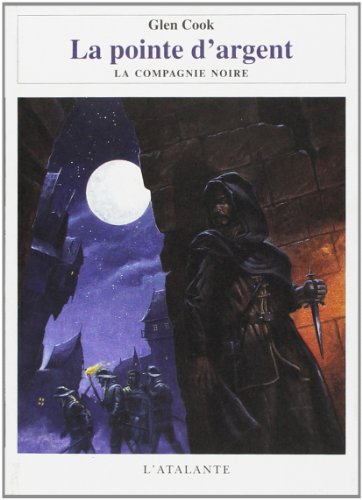 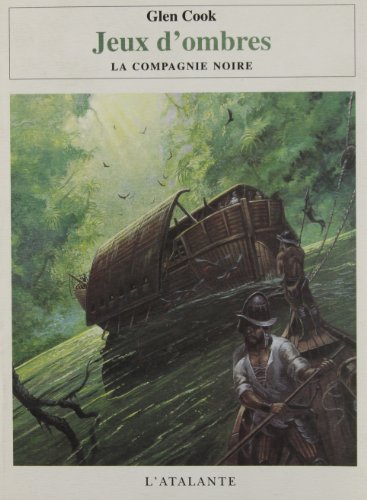 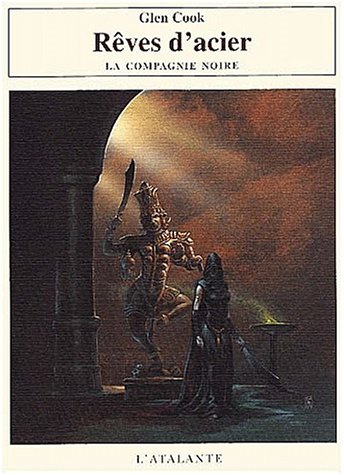 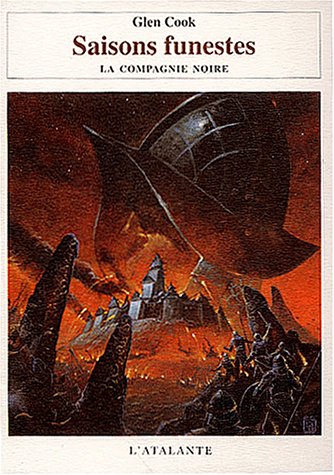 She Is the Darkness I 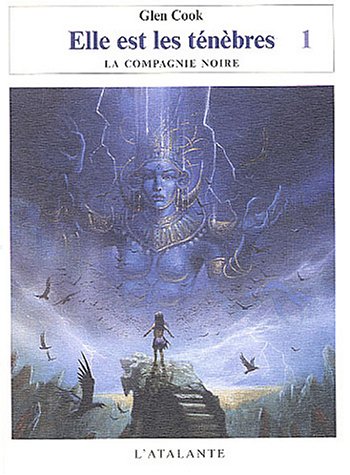 She Is the Darkness II 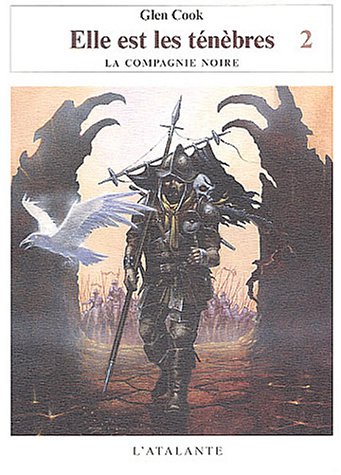 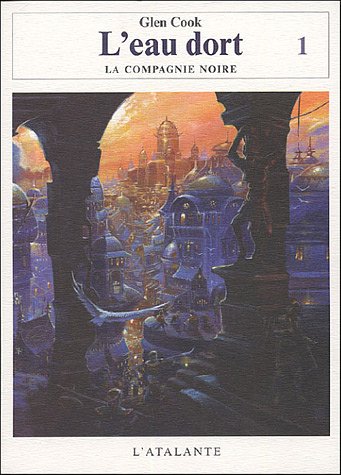 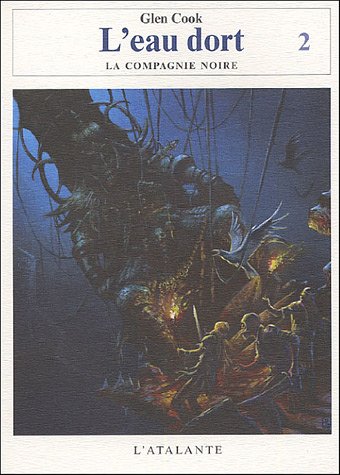 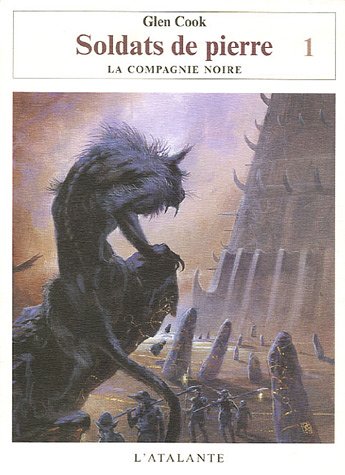 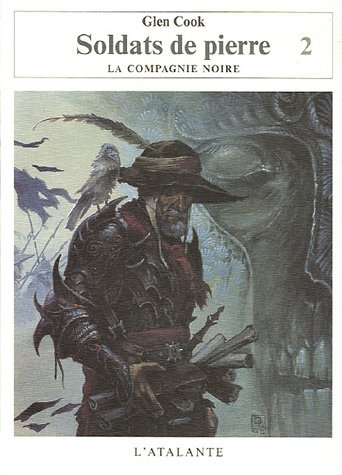 The Books of the South 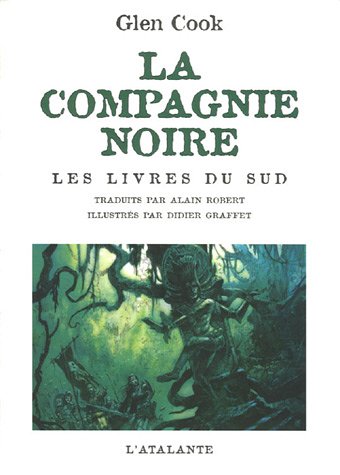 The Books of the Glittering Stone I 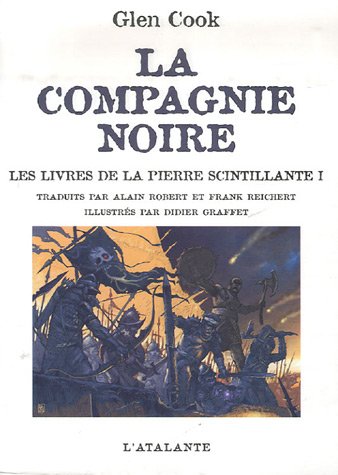 The Books of Glittering Stone II 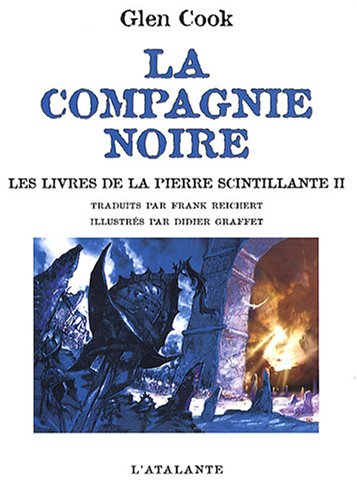