If you haven't followed me here or at Black Gate for very long, you might not know I'm a fan of Andre Norton's sci-fi/swords & sorcery mashup series, Witch World. The first book, titled just Witch World, came out in 1963. It was followed by an immediate sequel, Web of the Witch World in 1964. I reviewed the latter here.

The most interesting thing about these is the lack of artist continuity across the series and editions. I get not keeping with the first design for Witch World, but I would have kept it, emphasizing the pure pulpy goodness of the book. The later Jack Gaughan covers, more impressionistic, are excellent advertisements for the sort of monster-killing and spell-casting pulp inside.

I'm torn between saying the Philip Castle covers are bad and saying they're good. They are surprisingly connected to the actual stories, something covers are known for NOT doing many times. On the other hand, they're done in a really unremarkable airbrush technique that's both bland and garish at the same time. Every time I want to defend the aesthetics of the 70s, something like this comes along. Who at Tandem ever though those colors said "Pulp adventure inside?"

I love the Breslow art and wish he'd done covers for the whole series. He did a few others for the High Hallack Witch World books, but not all of them.

The Jeff Jones and Davis Meltzer covers are not bad, but a little bland and not especially specific to the books. The less said about the Jack Pound cover the better. 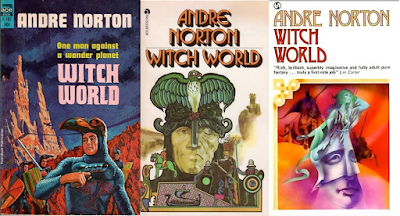 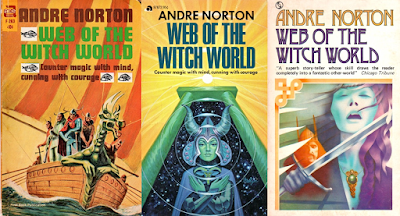 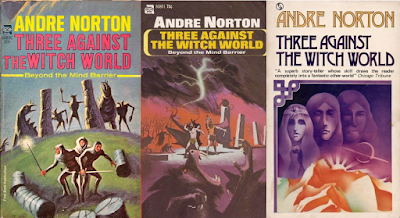 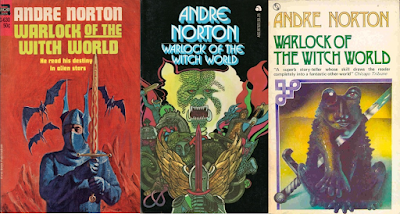 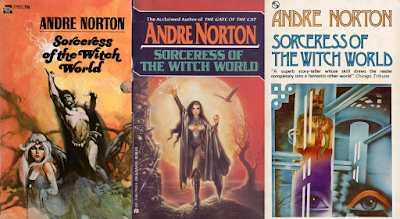