Without my dad, my tastes in science fiction and fantasy wouldn't be what they are. It was he who had boxes of paperbacks in the attic filled with Poul Anderson, Gordon Dickson, Fred Saberhagen, and the like. They were added to constantly as he snagged new books at the Staten Island Ferry Terminal in Manhattan or Waldenbooks. Together we took regular trips to local used bookstores, where he'd usually pick up an armful of books.

The thing is, as I grew up, our tastes diverged. Not completely, but significantly. Since he read so much, finishing several books a week, he deplenish his stock of new stuff and turn back and reread certain old ones over and over again. These are the ones I know he read at least five times or more. 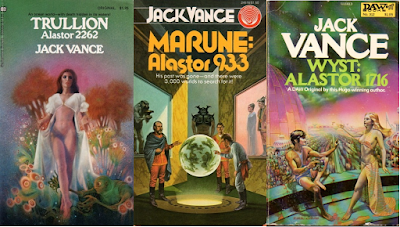 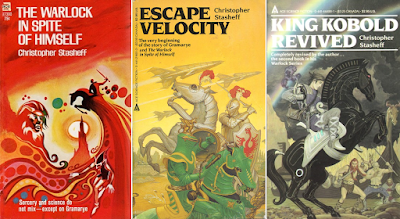 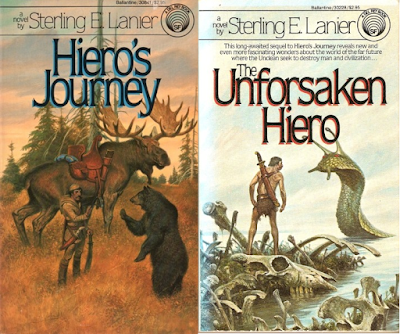 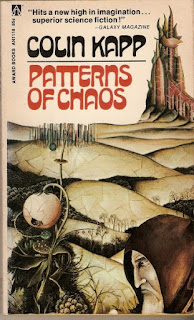 I never read Roland Green's Wandor or Vance's Alastor Cluster books. For some inexplicable reason the Wandor books looked to cheesy. I mean, when he brought those home, there wasn't much heroic fantasy he brought home that I just did pick up when he was done. I have no idea whatsover I saw in these that made me not do that. The little bit I've found out about them, they sound like they're filled with carboard characters and a list of plot coupons to punched and foozles to be defeated. As for the Vance books, well, I've got no excuse. Somehow, I never found the time for them despite all together they don't break 650 pages. Sheesh.

My memories of the Stasheff and Lanier books are fond, but I suspect there's a heavy blanket of nostalgia laid over them. The Stasheff series eventually topped out at a dozen books, but I never read any mention of them anymore. They're humorous stories of a secret agent landing on a planet with a medieval tech level and magic. I'd be willing to reread the first one, but probably no more than that.

Lanier's books, with psionic heroes, mutants animals, secret societies, and deadly, atom-spawned abominations was the primary source for TSR's GAMMA WORLD. I've read some negative reviews recently, but I'm still tempted to go back to them.

Patterns of Chaos was solid, pulp fun. A man with no memories finds himself on a planet targeted for destruction by "hell-burner" missles. Then people start talking to him in his head. I'd love to find my dad's copy and give it a go. I think he might have reread this a dozen times of more.

Finally, a book that looks way cooler than any memory I have of it. I think The Yngling is about a Scandinavian warrior in a post-apocalyptic world saving the day. There were several sequels and I know my dad read them as well, if not as often. As a kid I found it lackluster and would be hard-pressed to think about revisiting it.

My dad liked his sci-fi and fantasy boisterous and pulpy. He saved contemplation for when he read history. I first read Karl Edward Wagner and Robert E. Howard because of him. Same for Tolkien. Early Jack Williamson and Edmond Hamilton came to me via those boxes in the attic as well. 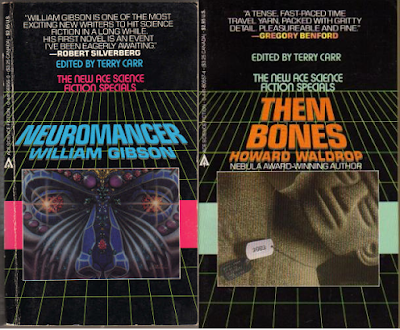 If a book was too soft-sciency or grungy or whatever, he probably wasn't going to bother with it. Early on, I fell in love with Clifford D. Simak's stories, but they never caught my dad. I don't think he finished William Gibson's Neuromancer of Howard Waldrop's Them Bones when I suggested he read them. On the other hand, he became enthralled by David Wingrove's bizarre Chung Kuo series. Whatever the case, if the local librarian Ms. Herz really made me a reader, it was my dad who made me a reader of sci-fi and fantasy. It's one of the many things I'm eternally grateful to my dad for. 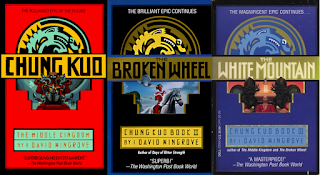