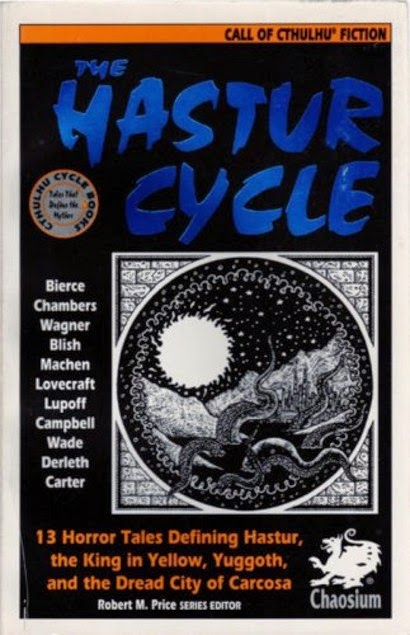 Way back in October 1993, Chaosium, publisher of the Call of Cthulhu RPG, started publishing what was to become a long line of short story anthologies centered around various elements of Lovecraft's fiction. From the very first book, The Hastur Cycle, edited by Robert M. Price, it was clear this was going to be an intriguing series. Not only was it going to include Lovercraft's own stories and those of authors inspired by him, it was also going to include other writers who had served as influences on him. This meant Bierce, Dunsanay, Machen and Chambers were going to get a chance to be read alongside the Lovercraft stories they helped inspire. 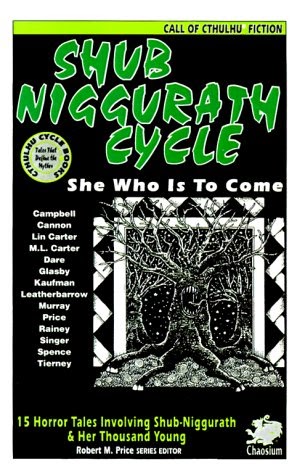 I've managed to get my hands on the most of the series. I bought most of them in the  NYC Compleat Strategist as they were published. They looked more like game supplements than fiction anthologies and were stacked on the shelf right next to the CoC rules and supplements. Later ones I picked up via Amazon.

In certain cases I didn't pick up second editions (The Book of Eibon) when they became available, while in others I did (The Hastur Cycle, and Encyclopedia Cthulhiana). I only bought the new editions when they had something extra to offer. The Hastur Cycle wasn't able to get the rights to Joseph Payne Brennan's "The Feaster from Afar" the first time around.

Maybe the book collecting gods think that's sacrilegious but I've always been more interested in the contents of a book than the cover. The Tindalos Cycle, published not by Chaosium but by Hippocampus Press, I'm only finally getting while typing this. I also never bought The Klarkash-Ton Cycle: Clark Ashton Smith's Cthulhu Mythos Fiction as I already owned the magnificent Night Shade Books omnibuses and I can't justify the replication. Again, those book collecting gods must be looking to toss a lightning bolt or two my way. 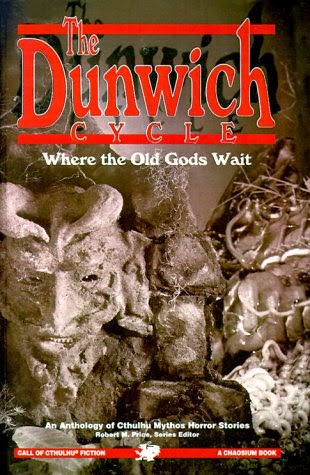 It's an amazing series. Price is one of the leading authorities on HPL's fiction and weird fiction in general. He's not the sole editor of the series but he seems to have been the driving force behind it. He brings a fan's love of the stories and some often pretty serious literary theorizing to his essays in each collection that lacks (mostly) the often arrogant style of S. T. Joshi, the other great HPL authority. I sometimes think Joshi dislikes pulp fiction and want to elevate HPL above his origins while Price seems to revel in the good, pulpiness of many of the original Mythos stories. That said, the volumes of Robert W. Chambers and Arthur Machen's fiction are edited by Joshi. 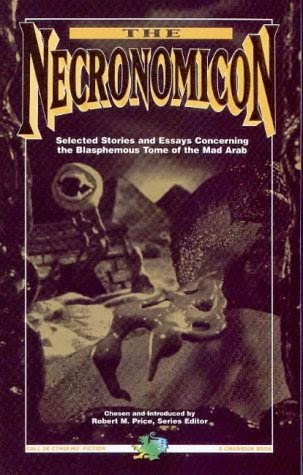 The stories, mostly reprints, are a great amount to one the greatest surveys of Mythos fiction. Stories by Chambers are contained in the same volume as ones by Karl Edward Wagner, Richard Lupoff, Lin Carter, and Lovecraft himself. Several of the volumes are reprints of earlier significant volumes of Mythos stories. If you want to see how this sub-genre of weird fiction was born and evolved over the decades this is one of the greatest ways to do it. 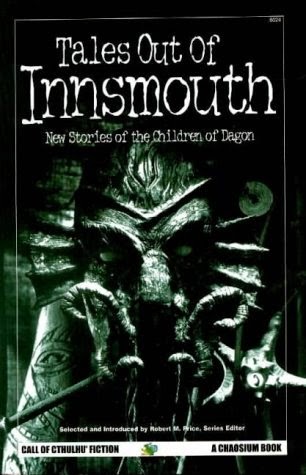 Those are the books I have and the ones I consider the real series started all those years ago with The Hastur Cycle. Chaosium published a few novels under the series banner but I've dismissed them. They don't serve as part of the massive survey of Mythos short fiction. All are otiginal, contemporary works and haven't had any time to play in the development of this massive body of communal work that goes back over eighty years.

There are also a few anthologies that have been produced without the guiding hands of Robert Price. They also don't look as good as the ones he oversaw. For both those reasons I haven't bothered buying them.

Keith West's review of Lin Carter's The Spawn of Cthulhu got me thinking about "The Whisperer in the Darkness", one of my favorite HPL stories. That in turn got me thinking about this series. It's on the top shelf so I don't pull any of its volumes down that often. Considering the time and effort I spent acquiring the books that seemed a little sad. 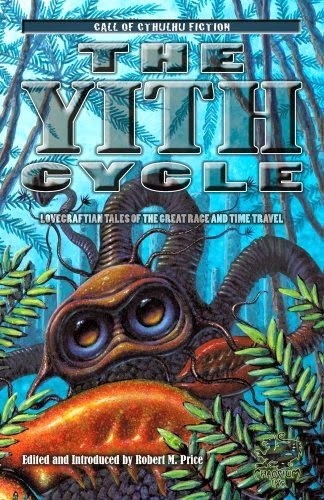 So I'm going to start rereading them and reviewing them. I'd love to read one a week but I know that's not going to happen. I'm too slack and I don't want to fall behind in my other reviewing plans and obligations.

I'm also not sure if I'll review all of them. Some, like The Book of Eibon and The Book of Dzyan are really collections of "esoteric wisdom", explicitly fictional in the first and purportedly true but obviously nonsense in the second. I'm probably not going to do more than skim them. I've already read and reviewed Richard Tierney's The Scroll of Thoth several years ago (didn't like it), so I'm not going to do it again.

However this works out, it's going to be a fun project and I hope folks find it interesting.