Oh, yeah, this blog is supposed to be about swords & sorcery

Until today's review of John Jakes' Brak the Barbarian over at Black Gate. I haven't been writing about swords & sorcery much of late. Between hardboiled crime stories and light fantasy, I've drifted away from my core subject. And it still is what I want to write about most.


Maybe that's part of the reason I reacted so favorably to Jakes' blond hero. The stories are a mixed bag: the first two are eh, the second one okay, and the last two almost pretty good. But in the end I liked the entire book. It's like a palate cleanser. After weeks of reading light books by Teresa Edgerton and James Blaylock, and crime stories set in the real world, Brak's adventures were just the sort of pure heroic fantasy fun to reset my engines.

Jakes' stories have a stripped down feel to him. He wasn't trying to anything but write good adventure tales and at that he succeeded. He isn't interested in barbarism vs. civilization or collapsing the genre's assumptions. He just wanted to set a guy with a sword loose against villains and monsters.

While the last two stories, "Ghosts of Stone" and "The Barge of Souls" are really good, I'm looking forward to checking out at least one of the novels. Jakes clearly hit his commercial stride as a novelist, not short story writer. I'm hoping the same skills that led to his success as a historical novelist will be present in the Brak books. I'll let you know how that works out. 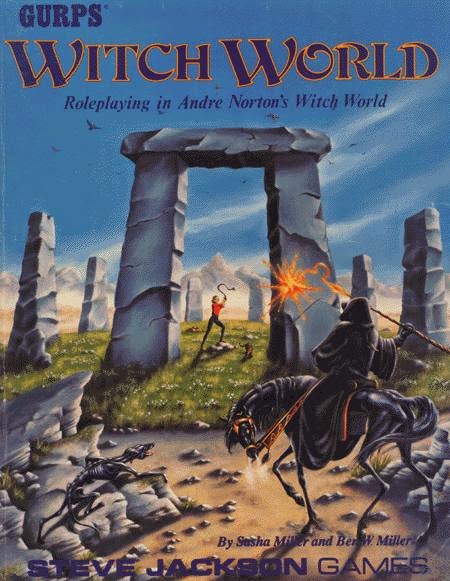 I'm really looking forward to getting into Sorceress of the Witch World tonight. I've written several times about how I came to Andre Norton's series later in life. I'm still so grateful I finally decided to give it a chance. All five novels and two collections of short stories I've read previously are great. Her world and characters keep growing and getting richer with each new work.

Anyhoo. After turning Howard Andrew Jones' discussion of the terrific Fast One by Paul Cain into an discussion of the merits of James Ellroy's White Jazz, I figured I'd take a look at it. I haven't read it since it first came out in 1992 and I pretty much abandoned his books after American Tabloid and Hollywood Nocturnes. He just kept working the same ideas over and over again to no end and the violence and plots became increasingly baroque and ludicrous.

But I remembered that White Jazz had brought the monumental L.A. Quartet (The Black Dahlia, The Big Nowhere, and L.A. Confidential) to a dizzingly psychotic close. Its machine-gun paced prose and brass knuckles to the side of the skull craziness were the culmination of everything Ellroy had been doing before.

I'm only a few chapters in so far but it's been worth it. I don't remember a lot of the book's details, but I'm hip to the sorts of games he plays so I can see certain movements in the plot forming already. And I don't care. It's like jumping onto an out of control train careening down the rails, getting faster and faster. Once you get on you really can't get off. Gripping stuff. 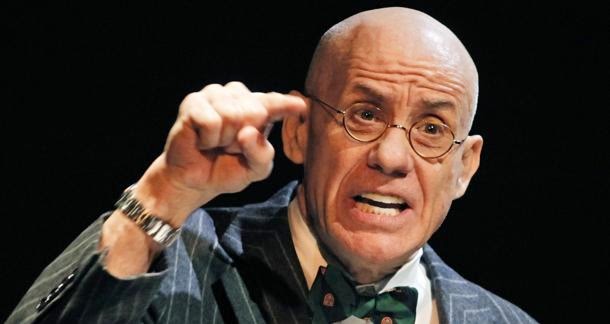 I met Ellroy at New York is Book Country back in early nineties. He was sitting at a table signing and selling books. He asked me to buy his latest, American Tabloid. I told him I already had. So buy something else, he said. I told him I'd bought and read everything he'd written. So he thanked me. Then he signed my friend's girlfriend's balloon with these immortal words: "Cougar Blood Boil!" Still no idea what it means but it was pretty cool.
Posted by The Wasp at 9:43 PM