Brak the Barbarian and Other Things to Come

I've need to start planning a little better beforehand what I'm going to review at Black Gate for some time now. There've been a few weeks where I didn't pick something until the Thursday before. First, it means I avoid longer books, and secondly, whatever the length, I still have to rush through it faster than I'd like.

Then it's back to P. C. Hodgell's Kencyrath Cycle and the third volume, Seeker's Mask. Again I reviewed the earlier books,  God Stalk and Dark of the Moon over at Black Gate. I've read this one before and I can tell you it's a great gothic mystery (with ensorcelled chickens and wandering towers).


Finally, I'm going to review the coected Thongor books of too many people's favorite punching bag; Lin Carter. I'll be doing it in two parts: first, Thongor and the Wizard of Lemuria, Thongor and the Dragon City, and Thongor Against the Gods, second, Thongor in the City of Magicians, Thongor at the End of Time, and Thongor Fights the Pirates of Tarakus.

John O'Neil's piece on fan fiction last week over at Black Gate inspired me to revisit one of the possible progenitors of stuff, I've written before, as John very kindly mentions, that Lin Carter was essentially a fan fiction writer who managed to get published. Most of his books are pastiches of his favorites. That means lots of ERB, Leigh Brackett, Lester Dent, and of course, REH and HPL imitations. 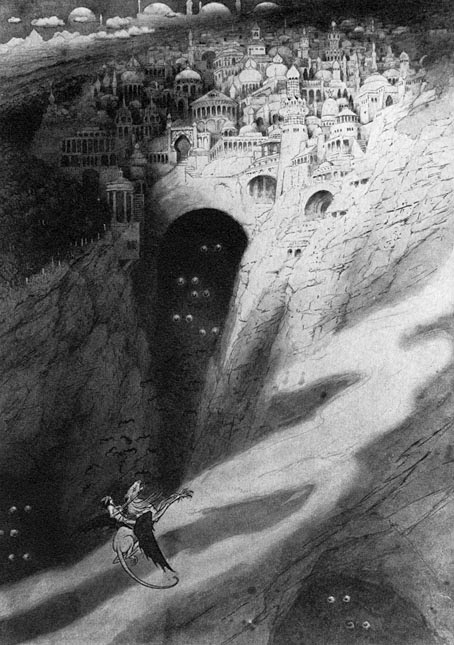 Four years ago I reviewed Thongor and the Wizard of Lemuria. It was harsh, and while the book warrants harsh, but a little too flippant. . I've grown a little softer on Carter in the ensuing years. I really dug Young Thongor and Kellory the Warlock's a solid middle-of-the-road book. So I'm going back to it.

I'm also readng a bunch of other stuff, mostly in conjunction with the reading days going on at Howard Andrew Jones' site. That means some hardboiled crime stories for Mondays and Lord Dunsany for Firdays.

So far it's been a lot of fun. I haven't read a lot of crime fiction lately and Jones has put a lot of stuff I have never heard on my radar. I've never read more than a few Dunsany stories at all so this has been a great chance to read them and read some interesting commentary.

So that's what going. Fun reading times ahead!