Can you tell I love Angus McBride's detailed recreations of the past? Well, I do! I first became aware of his work, not with the Osprey books, but with his magnificent depictions of Tolkien's world for ICE back in the 80s. As much as I like Alan Lee's, I think McBride did a better job.

I think this selection of pictures reinforces my contention that the Germanic tribes were more invaders than simple immigrants. Most of these show them in some sort of conflict, attacking and attempting to destroy the municipal and culture heritage of centuries of Roman civilization. Good times! 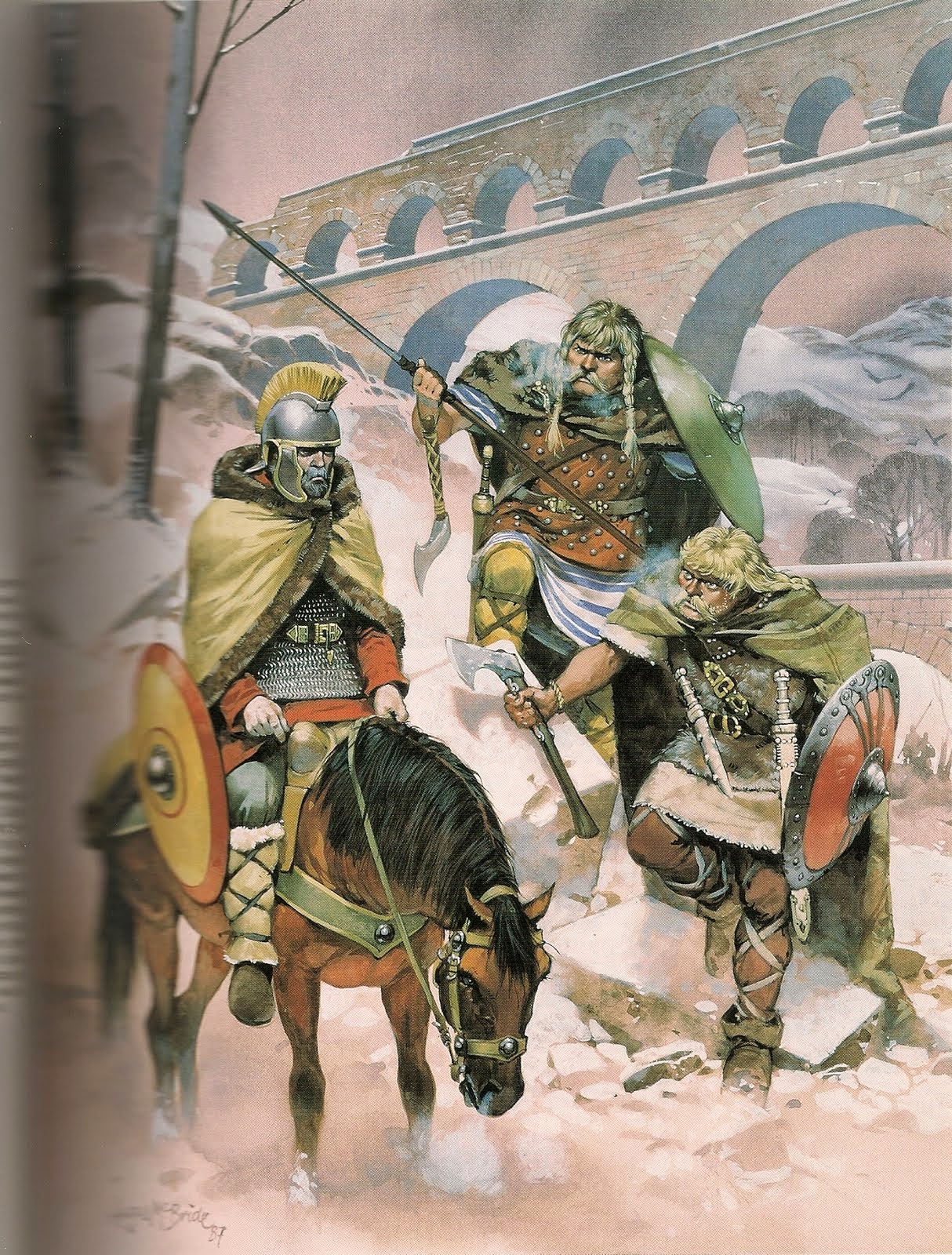 Franks creeping up on a Roman sentry - 4th cent. AD 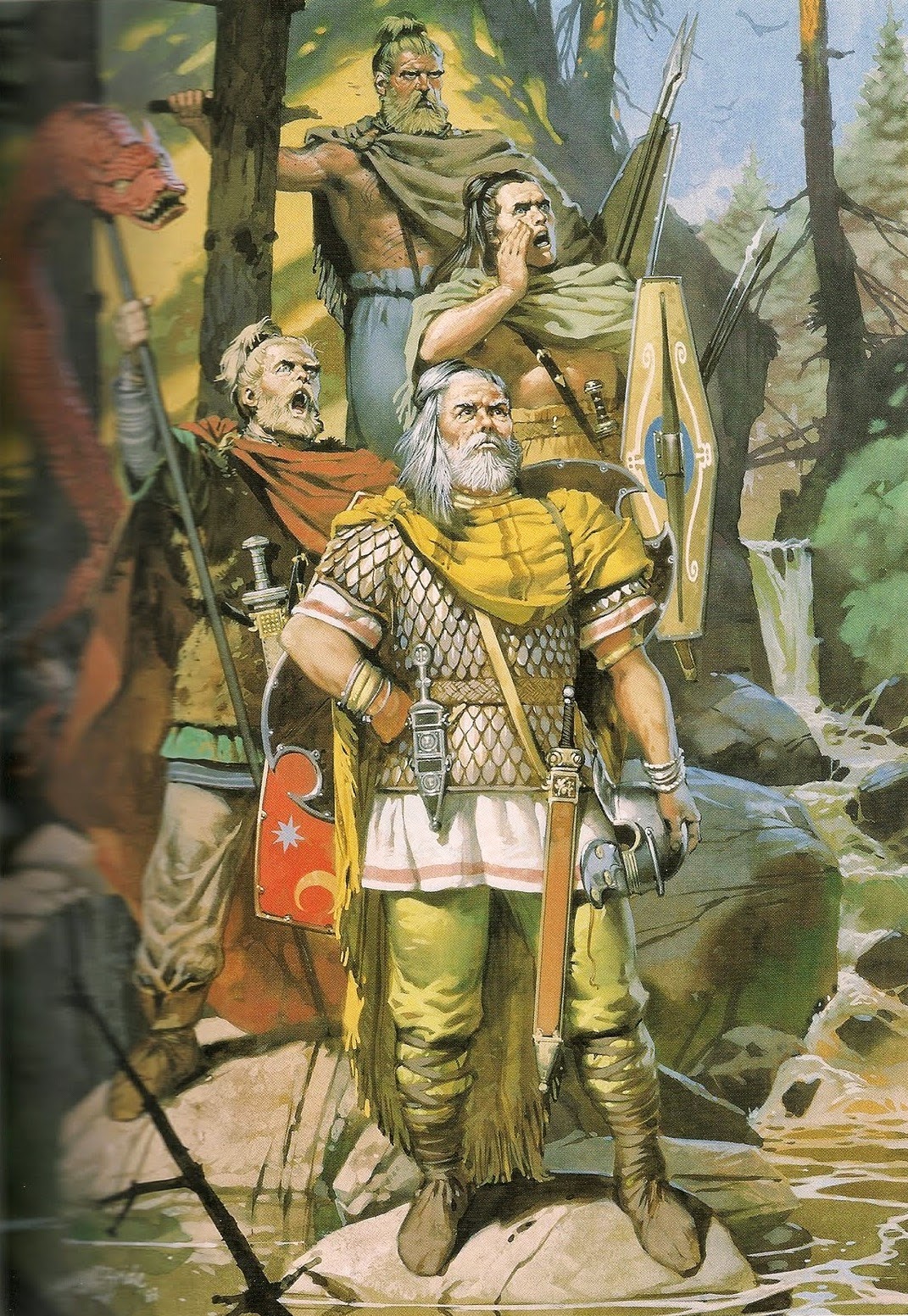 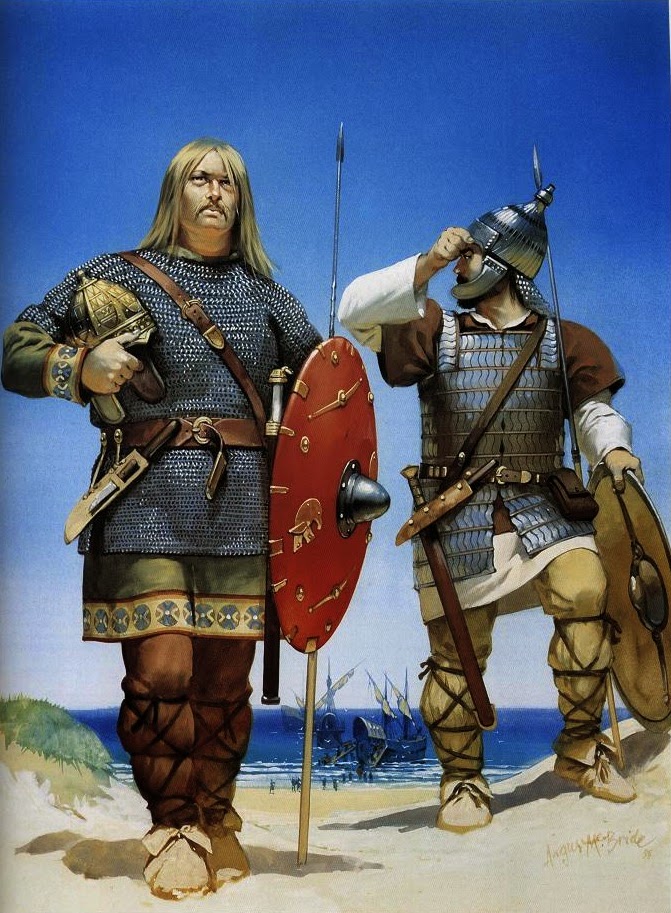 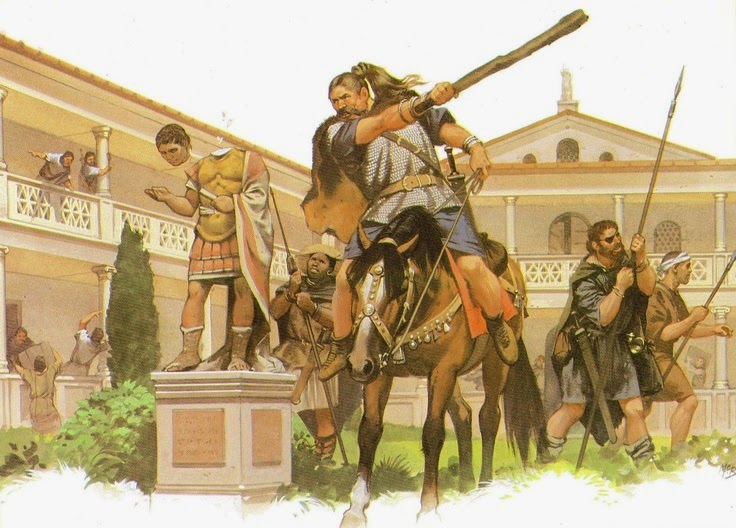 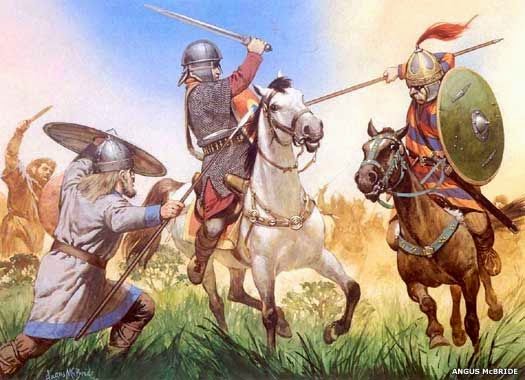 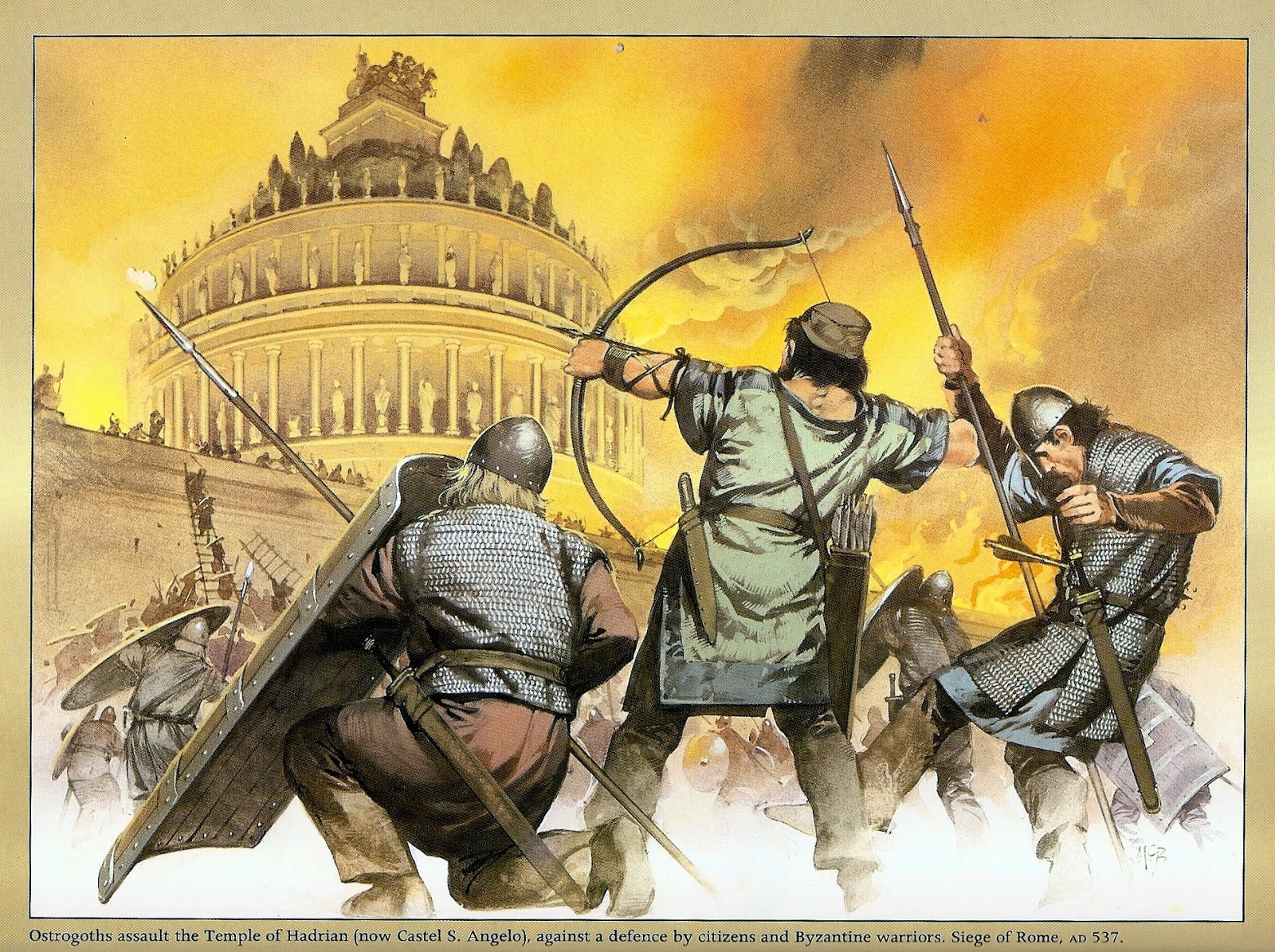 Ostrogoths attack near the Masoleum of Hadrian, Rome - 537 AD 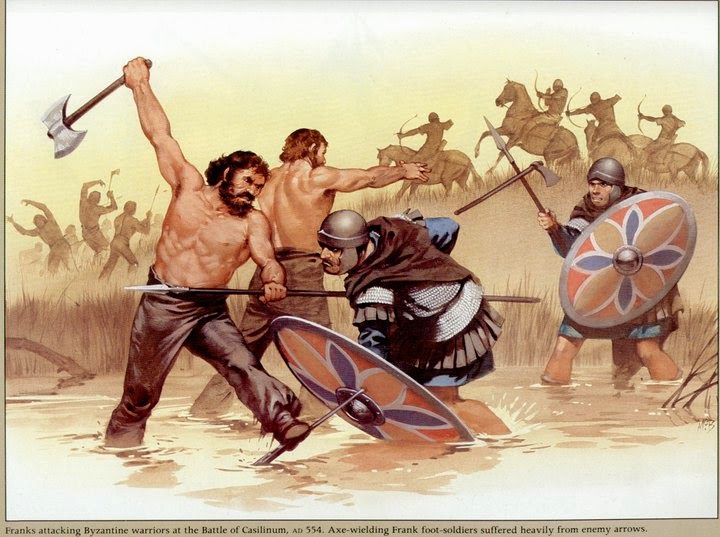 Franks vs. Romans at Casilinium - 554 AD