Until recently, I didn't know that Norvell W. Page, author of over ninety of the 119 Spider novels, as well as stuff for the Phantom and Shadow, wrote some of the earliest swords and sorcery novels.  In 1939 he wrote two books about Prester John; "Flame Winds" and "Sons of the Bear-God".  His character isn't the Crusades-era character of legend but an ex-gladiator from 1st century AD Alexandria gone east.  I just got both in the mail and hope to blow through them in the next week or so. 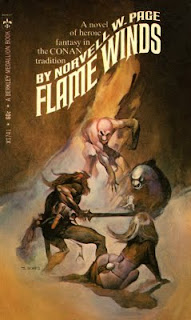 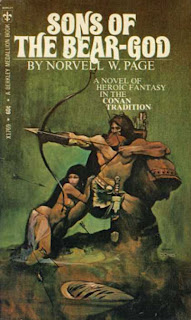 Both books are just under 150 pages long so even if they're as poor as a Thongor book it doesn't matter. Woo hoo!
Posted by The Wasp at 5:06 PM