Last Year and This Year 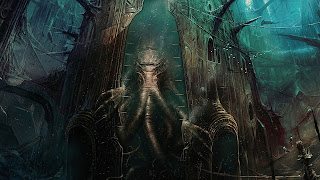 This past year was a haphazard one here at Swords & Sorcery: A Blog. First I tried to review all of Chaosium's Cthluhu Mythos anthologies, but Lin Carter killed that for me. Really, it was just too much of too much of the same stuff over and over again. To get to the really good stories I had to wade through lots of meh, to lousy, to hair-torn-out-at-the-roots bad stories. So after only a few volumes that whole business crashed and burned. 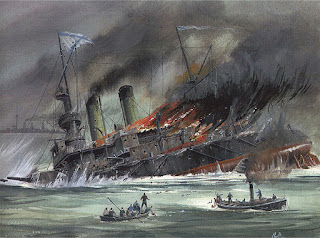 Then, in reaction to reading nothing but fantasy and being driven nuts by the state of the nation and the world, I turned to the Long 19th Century Project. While it crashed and burned as well, I will still go back to it.

The rise of Western Imperialism and its attendant wars is one of the most compelling and interesting periods of world history. The great powers of today, save China, were forged into their modern versions during this era: industrialized America and Japan, Germany and Italy both united, Russia's completion of its southward and westward expansion, England and France chopping up Africa.

My problem was I went overboard, trying to cram a vast stack of of books into my brain too quickly. I will definitely return to this in the coming year, just not with as concentrated attention, probably no more than a book or two at a time, but I will return. 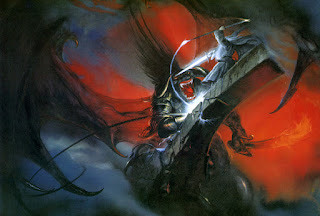 Finally, there was, and still is, EPIC. It's going to be around at least until I finish the several series I've already started reviewing: First Chronicles of Thomas Covenant, Riddle-Master of Hed, and Fionavar. I need to read the next Kencyrath book from P.C. Hodgell, To Ride A Rathorn. Heck, I might even throw another Shanarra book in just for the heck of it. If I can think of anymore good stand-alones like Red Moon and Black Mountain I read/review them as well.

Then there are the reviews I've been asked to do (or will be shortly). The next Charles Saunders book should show up soon (oh, yeah!), a Gonji collection. Some other things I don't even know what they are yet. 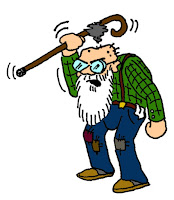 And, as I've been doing for several years now, my short story reviews. I really don't read much new fantasy except in bite-size form, which suits me just fine. I get to read a wider array of authors, styles, and encounter dozens more ideas in a stack of doorstoppers.

I do read a few books, mostly by people I know now, but very little of the popular stuff the kids are digging. With their terrible photo-realistic covers and their monstrous thickness and endless sequels, they just don't catch my eye. I need to read from people whose taste run similar to mine that a new book's good for me to chance it. I'm turning fifty this year, so I'm allowed to be crotchety.

And, of course, other posts about things that catch my fancy. Genre related things just not necessarily about a specific book or story, though they could be. You know, whatever.

I hope nobody got too bored or frustrated with my rapidly changing interests here during the last year. I like to believe I'm providing decent value (or amusement) for your dollar. I hope everyone sticks with me for the next twelve months. I don't know what it'll really bring, but I'm still having fun here and at Black Gate, so I with any luck that'll be apparent in what I write. Here's hoping, and a Happy New Year to everybody!
Posted by The Wasp at 1:07 AM