I haven't posted quite as much as I had intended (I'm getting a house redone), but the reading's still going strong. To add to my library of imperialism I got myself a big batch o' books for my birthday last month. 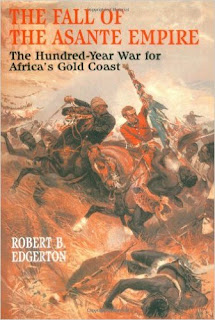 This one covers the century of warfare between the British Empire and its local allies against the mighty Asante Empire. The latter was a powerful military state located in present day Ghana. It took the British four wars to overthrow and conquer the Asante. 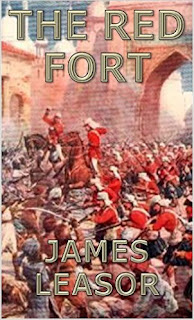 An author unknown to me, Leasor was the author of tons of books (including a ghost-written autobiography of Albania's King Zog - greatest king name ever!). The Red Fort details the British effort to recapture Delhi during the Sepoy Mutiny of 1857. While there were numerous reasons for the rebellion, the fury of a new cartridge was the trigger. The cartridges for the Pattern 1853 Enfield needed to be greased and the tip bit off when used. Muslim soldiers were convinced the tallow used included pork fat and Hindu soldiers that it contained beef fat. 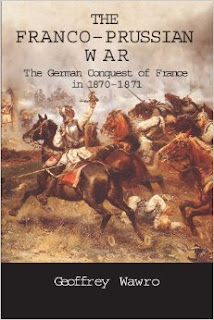 Napoleon III's downfall came on the heels of this war. He was, along with nearly everyone else in Europe, convinced that the Prussians would fall to French arms. This was despite the drubbing the Prussians had given the Austrians only four years earlier. Sadly for the world, that war kicked Austria out of the big leagues while this one left France embittered and itching for another go around. They would have to wait nearly forty-five years. I've started reading Wawro's book about the Austro-Prussian War and I'm digging it so I have good expectations for this one. 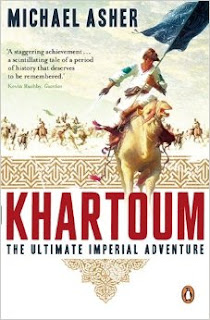 I just rewatched the Charlton Heston-Laurence Olivier epic, Khartoum. Good, patriotic stuff that still manages not to portray the Mahdists as subhuman rabble (even with Olivier in blackface).This thick (virtually) e-tome covers the dozen years starting with the destruction of the Hicks Pasha expedition, and George "China" Gordon's attempt to evacuate Khartoum and culminates with Herbert Kitchener's victory at Omdurman. Michael Asher is an explorer and traveler with vast experience in the deserts of northern Africa. I don't know when I'll get to this book but I'm pretty jazzed about it. 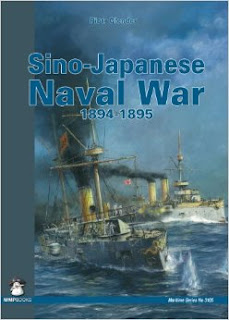 I know lavishly illustrated's a bit of a cliche, but this book really is. It's filled with photos of many of the captains, admirals, and general, most of the ships, as well as period pictures of the ground war. This, a decade before the Russo-Japanese War clinched Japan's place on the world stage, announced to the Great Powers there was a new (and Asian) power to contend with. From MMP Books, this looks terrific. 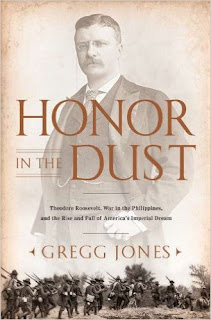 Finally, for when I finish reading about the Spanish American War, there's this history of our unsavory guerrilla war in the Philippines from 1899 to 1902 (hey, the same years the British were fighting their own brutal irregular campaign in the Transvaal). It's a little known event that left hundreds of thousands of Filipinos displaced or dead.

So, lots of books for the next six months or so (at least). I hope to write something about all of them (and all the other ones I've mentioned in previous posts) at some point or another. This continues to be a fun and very fascinating undertaking. I hope not everyone's bored stiff of me doing this. I'm still blogging each Tuesday at Black Gate, and I might start doing some S&S content here again, but this is what's really doing it for me right now.
Posted by The Wasp at 12:34 AM