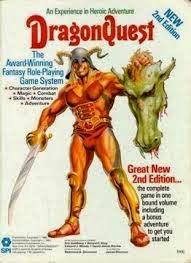 So attending my friend George K.'s 50th birthday and the luminous Mrs. V's appointment to a local grand jury disrupted the finely tuned operation that is my weekly book reviewing for Black Gate. So it goes. If you haven't yet, you can read my review of Dark of the Moon here. It's should be pretty clear I really (REALLY) like P. C. Hodgell's books.

I'm back on track with this week's review. The very fun Changa's Safari books by Milton Davis are worth any S&S fan's time.

Going to friend's birthday served as the first reunion of my core group of friends in over five years. While we had all known each other from the neighborhood or school, but what really drew us together was a love of science fiction and fantasy and roleplaying in particular. 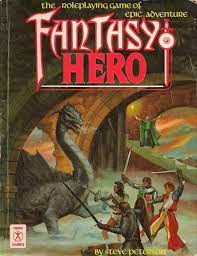 We started with D&D then moved on to DragonQuest, then Rolemaster, and finally settling on the Hero System. Each new game was an effort to get towards something we considered more realistic. We wanted games that awarded experience based on adventuring not just killing beasties and stealing their gold. All three of three of those post-D&D games did just that to varying degrees of success.

Even as we got older and did other things, gaming still occupied an important place in our friendship. Sometimes we didn't really play and just hung around making up characters and eating Chinese food. And we didn't care. Just hanging out was enough.

But most of the time we played. A few of us started playing seriously in 1978. By 1980 we gamed with between ten and twenty people each Saturday. Eventually, the chaos became overwhelming and we retreated to a small core of under ten people. Certain players, in fact, who had become terrible rule-players, weren't even told about our sessions anymore. We came to take our playing very seriously. If we weren't having fun it wasn't worth doing.

If I take the time, I can still smell my basement and of the weathered game books and hear my late friend Jimmy C.'s voice. When I come across an old character sheet or meticulously drawn map on hex-paper I'm zapped back in time thirty years. I feel young and old simultaneously.

As people got 'real' jobs, engaged and eventually married, or moved away the gaming stopped. No time and nobody. But when we got together last week it was one of the big topics of conversation. Memories of games played twenty years ago and more still figured large in all our minds. Remembering the castles pillaged and monsters slain was a real blast.

Now, if I want a bit of the old gaming feel I'm stuck playing Icewind Dale or something similar. A bit of hack and slash is alright, but I miss the extravagant roleplaying from my youth. Oh, well. Tempus fugit.
Posted by The Wasp at 6:26 PM