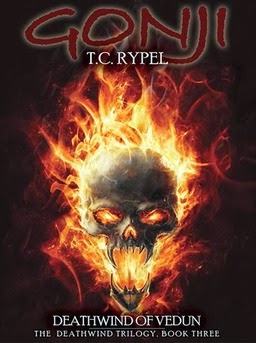 I've got a lengthy review of T. C. Rypel's Gonji trilogy coming up on Black Gate this Tuesday. I usually don't say what I'm reviewing next ('cause I often don't know till sort of the last minute), but the cat's already out of the facebook bag on this one.

I wrote the review in one pretty great burst of creative energy. Then I went to preview it and found out I'd become signed out on Wordpress and no revisions had been saved. 1200 words down the crapper.
After I avoided breaking anything (mostly because I'm an old wuss and was afraid of hurting my hand), I put on some music and rewrote for another three hours. I think I got most of it. Tell me how you like it when it posts. 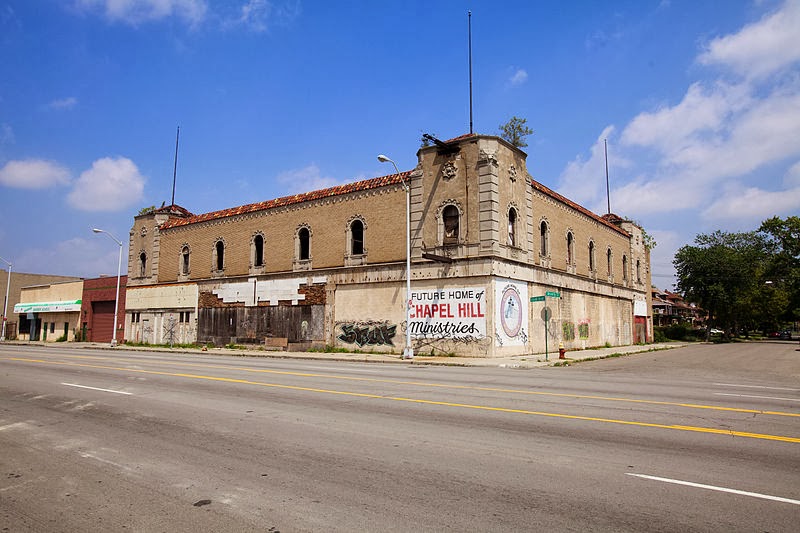 While it's cheap to use a Kiss title for, well, anything, I've been listening to a bunch of stuff from what was the greatest incubator of heavy rock bands ever. Maybe it was the factory sounds that inspired such powerful heaviness, at least that's the luminous Mrs. V's theory. Whatever, this is some of the bands that never fail to pick me up and get my heart pumping.

You can steel feel the adrenaline oozing from these guys - best moment - 2:00 when Wayne Kramer starts dancing across the stage

You can still feel the testosterone wafting off of Mark Farner - best moment 5:56 and the multiple screams

When he was on he could craft a killer riff - best moment :51 when the bass kicks in


UPDATE: Gonji:Deathwind Trilogy review is live
Posted by The Wasp at 10:58 PM